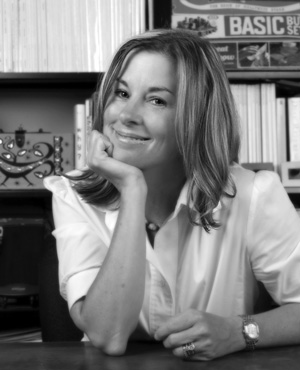 How did you get to where you are today?

In a crooked line. I had no idea what I wanted to do when I was in High School. I was a C student who barely made it into Indiana University. Once at IU, I declared a nursing major with a Chemistry minor – I figured there would never be a shortage of jobs with that degree.

That plan lasted a solid two semesters until sophomore year when the morning of my Physiology final – running on “NoDoz” and adrenaline from the night before – I woke up in a panic, started to get dressed and passed out mid-pant-leg, hitting my head on an open drawer on the way down.

By the time I left the ER that night (with multiple stitches above my eye) I was pretty sure that nursing was not for me.

I switched majors and entered the Design program at IU. I enjoyed it, but the program was designed so that you had to be readmitted to it every year – and I knew at the end of the semester that I was likely not going to make the cut. I didn’t care for my head professor and I wasn’t very good at hiding my opinions back then (I’m still not very good at it now).

I decided I wasn’t going down without a fight, so I scheduled a meeting with the head of the Design dept. I took my portfolio, laid it out piece by piece, and asked him to tell me why I didn’t make the cut. Without commenting on any of the pieces, he slid all of my work back into the portfolio and told me that I had, “no talent.” He said I was wasting my parent’s money.

After being kicked out of the design program I was fortunate enough to land a summer internship as a production artist. There, I met my future husband who believed in my work and encouraged me to start over at Herron School of Art in Indianapolis.

I took the advice. And I’ll never forget my now-husband taking me to the school, opening a bottle of champagne and toasting to how fast the next four years would go.

They did. And I kept my internship through all of them, which helped build my confidence, my book and my reputation in the industry.

Tell us about some of the highlights of your career so far.

• Making partner: It was the first time my parents really understood that I’m good at what I do.

• Helping to create (and then attending) the first Creative Leaders Retreat with the One Show this year.

• Selling our client, Brizo, on the Jason Wu collaboration. I put one of his dresses on the table and talked about its materials and engineering to a group of men. Easiest thing I ever sold.

• Being asked by Rick Boyko to speak at Brandcenter.

• Picking up a Silver Effie in NY with a client who – at the time – had recently fired us.

Give a few recent examples of great creative direction.

I love how PJ Periera directs his teams. Glenn Cole, too. I envy their CD powers. The Airbnb and Skype campaign from PJ …. 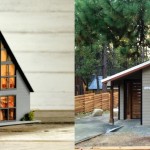 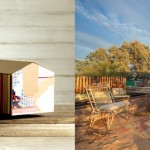 The Samsung and Kenny Powers work from Glenn are some of my favorite recent campaigns. I learned from them that the best creative directors direct, not do.

Which creative minds have you most enjoyed collaborating with?

I love execution so working with talented photographers like: RJ Muna and Howard Schatz , illustrators like James Yang, Tom Curry, and Etienne Dellesert, editors like Lost Planet and directors like Brent Thomas and Fred Goss – that’s one of my favorite parts of the job.

I have to say, though, the person I’ve learned the most from is Jason Wu. I watched him go from being a Parson’s dropout to an iconic fashion designer in less than seven years. He’s lightning fast when he makes assessments, and he’s usually right. He gets what he wants, but always with the utmost respect. I’ve learned the most about branding from him.

What fundamental lessons would you offer young creatives?

2. Be passionate about every choice you make.

5. Be nice to everybody. You never know who can help you achieve something great – but also, it’s just the right thing to do.

Tell us about some of the smartest campaigns you have masterminded at Young & Laramore.

I’ve always enjoyed that people can’t pin Y&L down to a style. We do funny work. We do gorgeous work. The closest thing anyone can define us by is that our work is smart. We work hard on the strategy up front so the creative flows easily from that. I’m fortunate because our President and Chief Strategist, Tom Denari, has worked on every campaign from the beginning. When we first started, he was an Account Manager and I was an Art Director. We’ve grown up together (and, we still sit next to each other). That level of partnership is key in keeping any work smart and strong.

In no particular order, some of my favorite “smart” campaigns we’ve done over the years include:

The work we’ve done for Stanely Steemer over the years. The first campaign, “Living brings it in. We take it out.” was simple and effective- generating double-digit growth for 2 years. They came back to us a few years later and we created a new campaign around the passion and dedication of the technicians. 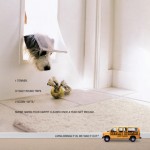 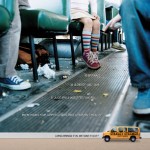 The next that comes to mind is Brizo. It’s rare that you get to invent a brand, but we did with Brizo, 10 years ago. We created it to be the first “fashion label” for the home in the fixtures category. No one else was doing that at the time and by signing Jason Wu early in his career we proved that we weren’t just going to talk like a fashion label – we were going to behave like one. That was smart. 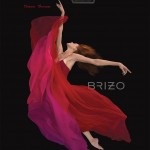 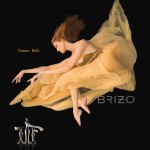 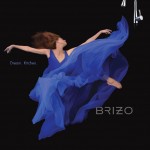 The work we’ve done for Schlage locks has also been innovative and fun. One of the first projects we did for them was an experiential project in Seattle where we locked a guy in a tiny house for 10 days and set up a citywide scavenger hunt to get him out. We got people excited about locks. Not an easy task.

Which mentors have been instrumental in your career?

I’ve been so damned lucky to have great people throughout my career. My husband may have been the first person to believe that I had talent – he has been a mentor for me since the beginning.

I also have to credit David Young, the co-founder of Y&L. He pushed me in ways that made me want to pull my hair out sometimes, but he always made me think, and he always made me better. Paul Knapp, who was my first client, and now our CEO, is a fantastic thinker – he’s my go-to when I can’t crack a problem.

I also recently met a number of people at the Creative Leaders Retreat that I’m hoping will become virtual mentors – to me the process of having and being a mentor never really ends.

Head on. There is no other way. I’ve always said, if you can argue passionately without getting personal, then you can say whatever it is that needs to be said. I’ve had many “lively debates” with both clients and co-workers that end with us getting lunch or grabbing drinks afterwards. If your agenda is pure, there should be no lingering conflict.

What are some of the challenges for women working at high levels in the creative industry?

I’ve found you have to be able to scale up and down at a moment’s notice. A few weeks ago I attended the Creative Leaders Retreat that I helped create. I was proud of my contribution to that event. I think it’ll go on for many years.

That following weekend, I helped judge a speech competition for my daughter’s high school where my primary role was bringing a fruit tray for the kids.

Both experiences were rewarding to me. And it’s because the secret is you can’t prioritize. It’s all important. Some would say that’s insanity, but I wouldn’t have it any other way.

Susan Credle is a great example of a woman working at a high level. She is funny, and smart, and feminine. I don’t stop to think that she is a woman, running one of the biggest global creative shops. I stop, because she’s an excellent CCO. Same with Susan Hoffman. I wish our industry would stop making this an issue. I fully expect my husband to remember to bring the fruit tray, too.

What will have the biggest impact on the type of work agencies will be doing in 2015?

I think the agency model will be huge for 2015. Are you integrated, digital, traditional, PR, advertising, branding or design? Today, clients pick the best agency for the job, but it’s not always the same kind of agency they had before. It’s difficult to anticipate what skills you’ll need to attract the kind of clients you want, but new business will always be the democratizer of agencies. The ones that flourish are the ones who will evolve ahead of the clients, not because of clients.