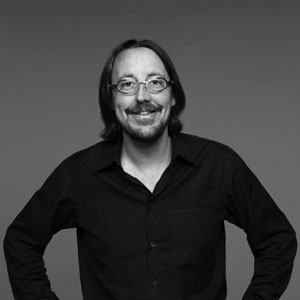 Your career at Cartoon Network began in 1996. Tell us how the company has evolved over the years and what some of the personal highlights have been along fthe way?

I arrived at Cartoon right when it was clear that it wasn’t going away, but it was unclear how big it could be. So I’ve seen a tremendous amount of change. It immediately struck me that there was something special going on, it was an audacious idea that by virtue of it being around, makes things just a little bit better. And that’s why I keep coming in. If there isn’t a Cartoon Network around, the world is just a little bit duller. Highlights: getting to work with great talent all around – at the network in Atlanta, the animators and show creators in Burbank, these are all people we would want to hang around with if it weren’t our job. Other highlights: helping frame and launch Boomerang and adult swim. And getting the opportunity to co-create “Harvey Birdman”. Working with my partner Erik and the amazing show unit, and then the great cast that included Gary Cole, Stephen Colbert, John Michael Higgins, Peter McNicol, it’s just insane who we got to play with. Talent for miles. Oh, and helping Adventure Time find and grow its audience! Lots of highlights.

As SVP Executive Creative Director at Cartoon Network, what are your core responsibilities and how is your team structured?

We do all the branding and promotion and consumer products creative for Cartoon Network, Boomerang and off channel, print, digital and event design for adult swim. I oversee a team of writers, designers and producers. We tend to form a small team around any given show we are supporting, and that team will make every conceivable piece of creative to support that show – be it a spot, a digital banner, a giant inflatable obstacle course, on and on. Having a team work on everything for any given property keeps the work consistent, strategic and realizes synergies across everything we are doing. And currently I’m interim CMO for Adult Swim and Cartoon Network and Boomerang, so I’m slightly more busy. In that role I’m trying to find the shortest, most impactful distance between strategy and execution.

Tell us about the powerhouse collaboration between Cartoon Network and The Lego Group.

We’ve always been great collaborators together, with a shared sensibility and mutual respect. To me, we feel like we’re related. So this was a great project – and non traditional in every way. Shorts, collectable toys, great digital experiences on line and as a standalone app, consumer products. It is this new way for two creative companies to work together and make something wholly new. Really, it more felt like a third company got made in the mix – a Mixel company. And I can take no credit for setting this thing up! But we framed the brand look for it with LEGO and worked on all the supporting materials. 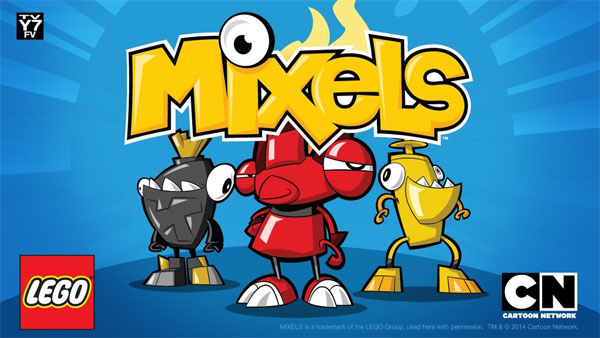 How would you describe your creative leadership style and what are some of the challenges associated with managing and motivating creative people?

I can describe what I intend it to be, how’s that? In day to day interactions with teams or people I try to shepherd people around from behind, rather than be in front yelling “follow me!” But then in the larger sense of being a leader for the entirety of the group I try to provide a compelling vision – and stand up on a hill and shout “come up this hill!”

From your highly accomplished portfolio of work, which campaigns have garnered the most attention?

There have been three that stuck out most. First, a TV campaign we did for Cartoon Network in the late 90s about a Cartoon Crisis Center- a live action campaign that showed operators giving advice to cartoon characters in danger situations, walking them through the cartoony steps they had to take to get out of their predicament, like “you ran off a cliff? Don’t look down!” Second, the launch package for adult swim. To make sure kids would want to turn off Cartoon Network, we decided to show old people doing water aerobics. And the writer working on it (Matt Peccini) yelling like a lifeguard through a megaphone “All kids out of the pool! It’s time for adult swim!” All in an effort to gross out kids and make them turn it off. Third, a campaign in 2006 where we put sayings from our characters on billboards with no logo, no character art. We figured we would have to leave them up for a couple weeks for people to notice before paying it off with character art and the network logo, but people flipped out kind of immediately and couldn’t stand the suspense. We have a campaign out in market now that is a sort of 2.0 of that campaign and it looks like it is having a similar impact this time around, but people are taking to Instagram and Twitter to ask what the heck is going on.

What makes a great children’s character?

Who have been some of your most significant mentors?

Rob Sorcher (current Chief Content Officer), Mike Lazzo (adult swim) and then everyone that works with me in my  group. Jake, Susan, Larry, Sven, Rick, it goes on and on.

How important is humor when it comes to making an impact in broadcast network advertising?

Which ads from your own childhood do you most vividly remember?

Here’s a story I’ve never told anyone. I grew up in Rochester, NY in the 70s. Not a lot going on,nice town, but not a lot of creative things happening. But there was this record store, it was enormous and disorganized. The House of Guitars. And late at night, spots for the House of Guitars would come on local TV. And they were insane. It was clear that the owners would just turn on the camera and go for 30 seconds and then turn it off, and that was that. The most arresting, interesting stuff you’ve ever seen. The internet wishes it was this interesting.

How do you keep a kids brand relevant for 20 years? Does design play an important role in relevancy? Does design need to change to keep up with the times?

What keeps you up with the times is having a point of view, having something to say. And then making the design decisions that support that. Cartoon Network’s branding is built on the most basic building blocks of design – a grid, black, white and CMY. Rooted in those very fundamental fundamentals, we can reinvent ourselves over and over and over. But you have to have something fun and interesting to say.