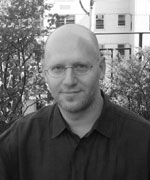 How and why did you become an Art Director?

I became an Art Director at HarperCollins Children’s Books in 1990. I had started there as Harriet Barton’s assistant and worked my way up to Art Director, and luckily, Harriet was a great mentor and she taught me to trust my instincts about artwork.

On average, how many children’s books do scholastic produce a year and who do you regard as your closest competitor?

Scholastic publishes somewhere around 750 original titles per year. Our closest competitors (size-wise) are Random House and the Penguin/Putnam group.

How much control/influence would an author typically have in the artwork/design selection process?

Sometimes authors have influence on art choices, but more often it’s the editor, publisher, and the Creative Director who have more say in selecting artists.

What advice would you offer illustrators who have yet to be published?

I’d just suggest that they keep at it, if they’re truly devoted to illustration work. It’s also important to keep honing your skills and pushing yourself to get better as an artist. Sometimes it takes a long time to be published, but perseverance pays off. And even after being published, the hard work doesn’t stop.

Of all the children’s illustrators that you have come across in your work, do you have a personal favourite and if so, why?

That’s very hard to say, since I have several favorites. This question reminds me a bit of when people asked Fred Astaire who his favorite partner was. He always declined to say…so I’ll take his lead and keep it a secret, at least with artists I’ve worked with in my career.

There are some deceased artists who I wished I’d met or worked with, though of course it’s a fantasy. One is John Tenniel, the original illustrator for Alice in Wonderland. His artwork made me laugh out loud as an 8-year-old. And Dr. Seuss and Ludwig Bemmelmans. Nothing original about those choices, but they certainly influenced my own art tastes, humor, and sensibility.

Do you look for illustrators able to provide digital images?

Yes, sometimes we look specifically for illustrators who can work digitally, particularly in the licensed area, where changes to artwork are much more easily made if the artwork is in digital form.

Would you say that key calendar events such as the ‘Bologna Book Fair’ are an important source of new talent for you?

I wouldn’t say that Bologna is the most important sorce of new talent; but it’s a very important place to buy and/or co-publish books with publishers in Europe and around the world.

Can you summarise what makes a portfolio stand out for you and also offer illustrators advice on the kind of presentation mistakes to avoid?

The portfolios that stand out for me are ones where the work is consistently good. I’m always looking for work that expresses some emotion or makes me feel something. I’m also looking for artists that have a b narrative sense in their work, since picture books (and even jackets for that matter) are telling a story and the artwork has to tell a story.

The most common presentation mistake is that all the subject matter is too adult. Most children’s books have children or animals in them, so a portfolio of nudes, while indicative of an artist’s drawing ability, wouldn’t necessarily suggest to me that an artist could do a children’s book.

Is there much cross over between Scholastics London and New York offices? What makes a book design work in the US and not in the UK (and vice versa)?

We do talk and collaborate with our UK office, but the businesses are run as separate entities. What is published there, is not necessarily published here, and vice versa. The individual books have to work for our markets, which is the most important consideration. It’s great when we can co-publish books together. Having that international reach (Scholastic has offices all around the world) is great when it works out.

I think that the design sensibilities in the UK and US are sometimes quite different. UK designs tend to be more simple and straightforward for picture books. The US market frequently demands that our designs are more glitzy, and perhaps even over-produced. But we’re competing in a very tough market where the look of the books has become so essential, particularly in the past 10 years. Quieter designs are not the norm anymore in the US. The area where the UK and US seem to be coming closer is in the design of YA books, where snappy, eye-catching visuals, reminiscent of adult books, are now the norm.

You were responsible for the art direction of the Harry Potter books (US editions). What attracted you to ‘Mary GrandPre’s’ work – was it a long search or did you instantly match the illustrator to the project?

I have to admit that I was little intimidated when I first started thinking about an illustrator for Harry Potter and the Sorcerer’s Stone (Philosopher’s Stone in the UK). Not because it was famous at that point, but because I liked the book so much I wanted to make sure I did it justice. I thought about it quite a bit: I tend to let things mull for a while until my feelings come to the surface. I’m fairly good at visualizing what I’m looking for once I know how I feel about something. Then I start looking at art samples.

I had seen Mary GrandPré’s work and I’d kept some samples in my art files. I pulled out her work, and the editor, Arthur Levine, was there with me at the time. As soon as I looked at her work, I had an “A-Ha!” moment. I knew she was right for the book. One sample in particular was of boy in a striped shirt walking among some ornamental hedges. It had the perfect combination, for me, of the ordinary and extraordinary.

After Mary read the ms., and I saw how she responded with her initial jacket sketches, there was no doubt we had the right artist.