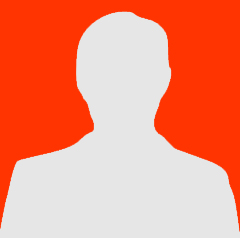 How and why did you become an Associate Art Director?

I always knew I wanted to be in Art. I went to Virginia Tech University and majored in Studio Art/Graphic Design with a minor in Communications. I had planned on going into Advertising, but after working for a small advertising/marketing agency in Virginia, I decided that wasn’t for me. During that time one of my young cousins was visiting and wanted me to read him a story…. at the time I didn’t have many books that would work well for reading to a child, but I did have a copy of Shel Silverstein’s The Missing Piece. So I read that to him. A few months later, on another visit, my cousin begged me to read him The Missing Piece again. We were part of the way through the book, just at the point where the circle is rolling along looking for his missing piece and I started to sing the words “Oh, I’m looking for my missing piece….”, just like I had done the last time I had read it to him and right away my cousin, who was less than five, chimed in and started singing right along with me, not missing a word. He was not reading them, he had remembered them since the last time we had read the book together! He was so excited about the book, it was contagious. We read it over and over again. >From that point on, I decided I would take my love of art and go into children’s books. I had thought about that sort of career direction before, but it was that one interaction with my cousin which sealed the deal. Like almost everyone in the children’s book field I have always wanted to write and illustrate my own books, and like most people in this industry, I have loads of art and ideas on the back burner just waiting for the right time to pull them out and make them work… but at that time, I wanted to jump into the industry and learn all there was to learn. So I landed a job with Random House books back in 1995 and have been here ever since.

How many illustrators do you typically work with per year?

That is a tough one to estimate. I usually work on about 10-12 books a season, over three seasons in a year. Some books are series with the same illustrator every time, other books require more graphic images which I usually create on my own, and still other books require up to two illustrators (one for cover and one for interiors) so it tends to be a mixed bag. I guess I would have to estimate it at about 10-12 illustrators a year or more.

Do you work with many illustrators from outside the US?

Yes, I have worked with illustrators from outside the US. We have many artists that are pretty much our staples… they are our tried and true. We use them whenever we have the right project for them because they are reliable, talented, and always manage to pull through for us. I would guess that most of our staples are currently in the US, but as far as I am concerned, it doesn’t really matter where they are as long as they fit the bill. In most cases, I wouldn’t consider location a draw back for selecting an artist. Today with express mail, the internet, and mass transiting of files, our artists could be in Brooklyn or England and as long as they are reliable, professional, and on schedule, it really doesn’t matter.

You have worked with many children’s illustrators over the years, do you have a personal favourite and if so, why?

I would say I have favorites (plural)… Sal Murdocca and I have worked together for about the last 8 years. He has been our Magic Treehouse illustrator since day one and has proven to be whole heartedly involved in the process. He had risen to the occasion with every new idea and situation we have thrown at him. Over all that time it is obvious there would have been ups and downs in the process for both of us, but the true test is that we are still going strong, each of us, and the series! Sal and his wife Nancy were even guests at my recent wedding! Charles Santore is another one of my favorites. He and I have worked together for almost as long as Sal and I have. I love his work (he is a master painter) and I have been thrilled to be part of the process of bringing his art and text together to help put it into book form so that a child can curl up with it at the end of their day. Tom Brannon is also a fabulous guy and illustrator too. He has the amazing ability to hit ever project right on. Tom has been one of our key Sesame Street artists for many years and he still somehow manages to keep things fresh and new (all while being a pleasure to work with). Those are just a few of my favorites…

What (if anything) would make you not want to work with a particular illustrator?

If I have to work with someone to get a job done, I will no matter what, that is part of being a professional and is part of putting the book first. However, there are definite things that make it a less enjoyable process to work with someone and would weigh in as a factor in whether or not I choose to hire them again… to me those would be attitude, reliability, quality, and general working relations. I think in general both myself and my illustrators would prefer the process to be as straight forward and smooth as possible. That being said, I prefer to work with artists that take responsibility for their end of the project. The ones that get involved, participate in the process, and bring something special to it, and in the end meet their deadlines with a quality product. Those artists are by far the ones I prefer to work with.

Could you explain the royalty / flat fee structure you have in place at Random House / Golden Books?

Over the years, I have worked on everything from board books, to bath books, to picture books, to middle grade and young adult novels, with a billion things in-between. And truthfully, there are different fees and structures for different books. In general though we have set “types” of books, some that offer an advance against royalties and other books which offer a flat fee. I would say, in general much of our licensed character work is flat fee, which means the artist provides the artwork at set fee which is paid to them upon completion of the project. In other cases (for example some of our series and books within series) we sometimes offer a contract with an advance against royalties, for which the contract is written with an advance (or fee paid up front) and then includes a percentage to be earned with each book sold. In this case, once the advance amount has been meet (in sales of the book), the artist will get a percentage portion (as agreed to in the contract) for each book sold from that point on. I would guess that the majority of the work I hire for is flat fee. Covers for young adult and middle grade novels, or covers with some interior art for YA and middle grade novels would fall into that category.

What industry events do you attend (if any) and why?

I try to attend anything that my involves my artists, for example, Charles Santore has been awarded honors for books we have worked on together and I have tried to be there to support him at those events. I have attended the New York book shows, an expo or trade show or two, and a few of the Society of Illustrators events. But for the most part I would say that I am not a big attender of events, unfortunately there is only time for so much and I tend to prefer to work on my books and have a life outside the office… it is tough to do it all.

Q) How much involvement do you have with sister offices in the UK?

Of the titles you have been personally responsible for, which one are you most proud of and why?

At the moment, I would have to say, Tiger, by Jeff Stone. It is the first book in a seven book series called, The Five Ancestors. It was one of those books that came to me with huge enthusiasm. A big project, and a tricky project in that it would have to have a very distinct look for the entire series, while still allowing each book to stand on its own. It was also primarily a boy’s book, which can be a tricky market, since on average boys are frequently less drawn to reading than girls and also tend to be more particular about what they will and won’t read. It was also a middle grade book which means the kids are generally reading it for themselves as opposed to having it picked out and read to them by an adult, so it has to appeal to the kid themselves. I think we came up with a design and look that did all of that very successfully. And thanks to our artist Richard Cowdrey, the artwork I pictured in my head, was produced just beautifully! Our second and third book in the series are just coming out now, so look for Monkey and Snake too!

What is your all-time favourite children’s book and why?

I think I have three. As in the first question above, The Missing Piece will always be one of my very top favorites. Maurice Sendak’s, Where the Wild Things Are, which I know is sort of a typical answer, but I just so admire the cleanness, innocence, sense of fun and spirit in this book. The simplicity of the story and text and the sense that there is nothing “extra” and nothing missing is a rare mastery. All the rich details of design (the pictures as you move through the book getting larger and smaller as the story moves along) and the successful blurring of real and imaginary are wonderful. And my third favorite is Mercer Mayer’s There’s an Alligator Under My Bed, which has all the same qualities, but has a sense of fun, silliness, and whimsy that reminds me why it is my favorite every time I read it… I never get tired of it! Every time I think of that book, I picture the door to the garage with the note to his father warning him that there is an alligator in the garage and I just want to laugh at the funniness and cry at the sweetness all at the same time!

Could you name some of your ‘house’ illustrators and explain why you think their work is so successful?

As I mentioned before, Sal Murdocca, Charles Santore, Tom Brannon, Richard Cowdrey are all great! They are professional, talented, on schedule, and produce great art. They are all involved in the process and love what they do and you can tell it when you look at their work.

What advice would you offer illustrators who have yet to be published?