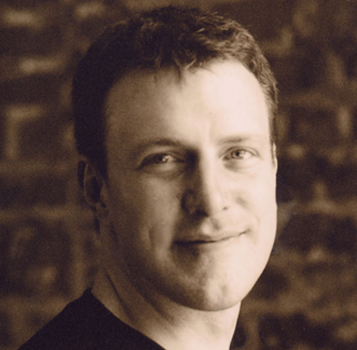 Could you tell us about your professional background?

I wear two hats on most days: one as author/illustrator and one as editorial director for First Second. I was formerly designing children’s books at Simon & Schuster Books for Young Readers, and at the same time got my first contracts illustrating picture books. I was determined not to give up either side, creating and publishing, and so it continues to be a juggling act.

How and why did you come to launch First Second?

My own projects often have a ‘comics’ format to them, and I’ve had a longstanding interest in the possibility of graphic novels in America — a domain that is now exploding as the fastest growing category in publishing. Many big publishing houses were looking to launch their own line of graphic novels, and my various attempts eventually got some attention. Next thing I knew, I was offered a chance to run with my vision for high-quality, literary comics, and First Second was born!

Who or what inspired you to follow an artistic career?

There are many inspirations I still draw from everyday. I’ve been blessed with some remarkable mentors in fine arts and writing, as well as editing. My first book I did when I was five years old, so you could say I caught that bug early, perhaps from a mother who is a painter, and a dad who published children’s books. It seems ever since I’ve been trying my hand at art projects in one form or another. For over 10 years I was submitting projects left and right and collecting rejections, but eventually Richard Jackson — a legendary children’s editor — gave me a chance. He had a script called SEADOGS: AN EPIC OCEAN OPERETTA, and having seen samples of my doodles, asked me to “do Tintin on it.” Music to my ears, that was! So off I went. People like Dick Jackson are rare, the kind of dream editor who brings the best out of you, and with whom a creative dialog is just pure pleasure.

How many titles have First Second published to date and could you talk us through the process of how these were dreamt up and taken to their conclusion?

First Second has just released the second wave of six titles, for a total of twelve per year. We’ll probably stick to that rhythm for a few years. Each one has a unique story, from inception to finish. In some cases, it begins as a proposal, with a synopsis, and a few studies, sketches, perhaps a finished page or two. After some editorial dialog, that can lead to a fuller treatment or a first draft script. Then to thumbnails, and finally to finished pages. In other cases, we get a script from a writer, and go hunting for an artist, as a matchmaker. In a few cases, I’ve “auditioned” candidates who were promising but didn’t have much of a track record: they worked up samples based on a script or a synopsis — and in discussion with the author, we tried to select the best fit. But each book really has a unique arising.

What are your plans for the future?

First Second plans to continue opening up the possibilities of the Graphic Novel as a form, and a vehicle for great storytelling, as well as essays, memoirs, journalism and other non-fiction. We’ll continue to include young titles as well as YA and adult works, under a banner of literary and artistic merit. I have over 60 contracts in the works, and I promise some great treats are in store.

From its incision, did you already know which illustrators and authors you wanted to work with?

For my first six months on the job I went chasing after all my favorite creators from around the world . . . And most of them are now signed up! But in meeting some of them, I was introduced to some new favorites. Jessica Abel, for instance, introduced me to a host of amazing talent from the American indie-comics scene. These are writers and artists who’ve been working for years and are now at the top of their game, ready to burst into the mainstream book reading audience. Some had followings already, like Paul Pope, Eddie Campbell, Derek Kirk Kim. Others are just finding their fans, like Leland Myrick, Gene Yang, George O’Connor and many more. I’m also tapping people from other fields, some top playwrights like Adam Rapp, novelists like Jane Yolen, and the list goes on.

You bring together authors and artists from across the US, Europe and Asia – how does this work from a practical standpoint?

Lots of emails, mostly! Lat, for instance, is a superstar cartoonist from Southeast Asia, and I’m proud to count his KAMPUNG BOY on our list, which is about his growing up as a Muslim boy in rural Malaysia. Hard to meet over coffee, but between emails and FedEx we manage pretty well. In some cases, it means putting lots of extra care into translations for existing works we acquire, but I’m most excited by the original creations we’re developing from scratch. A truly international talent pool was always part of the vision for First Second — albeit with a strong core of homegrown American talent.

What level of distribution have your titles achieved to date and do they sit alongside comic books?

This gets pretty exciting too. We’ve had tremendous response around the country, from booksellers and librarians and educators. And the chains, too: many of them report that the graphic novel section is their most trafficked aisle. Added to this, Macmillan now distributes us in the rest of the English speaking world. That means when a First Second title shows up at your neighborhood bookstore, it’s also coming out around the U.K., in Australia, New Zealand, even South Africa. And not to forget the comics market — they are an important part of our release domestically, and there too, the response has been excellent. Much of that has been enhanced by the firestorm that’s spreading online, from blogs and comics websites, a very, very active community, where First Second was nearly ubiquitous, even before our first titles released.

Which publishing houses / imprints would you class as direct rivals to First Second?

I’m only partly kidding. Some houses produce excellent Graphic Novels, like Pantheon, Drawn & Quarterly, Fantagraphics; and some publishers have great titles for young readers, like Scholastic’s Graphix imprint — but none are going for the full gamut, and creating a collection that spans every age and nearly every genre. Top Shelf, to their credit, have some younger titles like OWLY, but mostly it’s focused on adult readers. And First Second is further distinguished by its full color, high production values and attention to quality on all levels, including art direction and the editorial process. Having said that, there are editors I highly respect and whose titles I read myself.

Could you outline a typical day as editorial director within First Second?

These days, they don’t look like one another… At the moment, I’m traveling a lot, so I get back to the office and I’m hard pressed to dig out from the avalanche of emails and phone calls to return. Other times I might come in, meet with the crew, and focus on the upcoming season with the myriad of little problems that need solving for a book to be born. Then there might be a negociation over a contract, or an offer to send an artist. And often little surprises like a star review, or someone turning in their work on time!

What is your all time favorite Graphic Novel (aimed at children) and why?

For children? Probably LITTLE VAMPIRE GOES TO SCHOOL, by Joann Sfar. It’s such a pleasure to read, no matter how old you are. And it has this Gorey-esque artwork, but a great big soft heart behind it. It’s a little gruesome and gross, but mainly brimming with humanity and poetry.