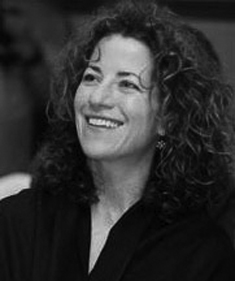 Tell us about your career to date including how you came to your current position at Puffin Books.

I took a children’s literature course my last semester and thought it would be fantastic to get a job in children’s book publishing. I moved to New York City after graduating, answered an ad in the New York Times and got a job as an editorial assistant in the children’s department of large publishing house. After several years in NYC, I got a job at a children’s book packager in Connecticut. I convinced them to let me spend a summer at their sister company in Bath, England. I was only supposed to be in the UK for 3 months, but I’m still here 17 years later. In 1995 I started a children’s book packaging company, Pinwheel, which is still around today. Since then I’ve worked for several publishers and packagers, big and small, and am now doing a maternity cover at Puffin. I can’t imagine doing anything other than children’s books.

What first inspired you to take an interest in the world of children’s publishing?

My mother passed on a love of books and reading to me and my sisters. I have very vivid memories of lying in bed listening to my mother read us bedtime stories. So when I had the opportunity to take a course in children’s books at university, which was taught by Jane Yolen, I jumped at the chance.

How do the publishers you have worked for vary in terms of how they commission illustration?

I’ve worked for a range of different types of publishers, all with very different ways of working, but more often than not, a publisher is always looking for an illustrator who can bring the book to life for readers.

Some of the publishers I’ve worked for leave it up to the editor and designer to choose illustrators, while others include the sales, rights, marketing and publicity teams in decisions about illustrators. At Campbell we very often got sample pieces from illustrators we were considering to see if they understood the feel of the project and could follow the brief. And some publishers often have a illustration or style they look for so that customers recognize it as a book from “X”, while others like to push the envelope a bit and look for new, fresh illustration styles for their lists.

What advice would you offer illustrators looking to appeal to these publishers?

In this day and age, I think it’s important for illustrators to be able to work digitally to some degree and to send in their work digitally/as electronic files. And hitting deadlines is always important!
When looking for an illustrator, what key considerations do you take into account?

I’ve spent most of my career working in preschool and toddler novelty books, and in this area the illustrator’s style must work with novelty format and ensure that the interactivity will be as strong as possible. At Campbell we did a book called Terrible Trolls which was all about silly, quirky trolls, which had touch-and-feel on each page and a spectacularly smelly (scratch-and-sniff) ending. We really needed to find an artist who could bring the trolls to life and give them real personality. We decided to use Delphine Durand, a French illustrator, as we felt her style could really bring the trolls to life. She created not only some fantastic trolls, but also an amazing world for them to live in.

The Bologna Book Fair takes place this month. Which industry events do you regularly attend and why?

I used to attend Frankfurt and Bologna on a regular basis, but I haven’t attended the fairs in the past few years. I used to go to sell books to international publishers, as well as to look at what books publishers in other countries were publishing. For me, the bookfairs are a great opportunity to see what other publishers are doing, which illustrators they are using, and what illustration style is popular. For illustrators, I think it’s a great way to take a look at the kinds of books publishers publish and which publishers use styles that are similar to their own.

What initiatives do publishers put in place in order to help launch illustrators’ professional careers?

Macmillan, where I worked for 3 years, had the Macmillan Prize, which showcases the work of students. I think most publishers try to make it to school shows, as it’s a great way to find young, enthusiastic talent.

What is the most valuable lesson you have learned about children’s publishing during your career?

Read the text out loud.

Describe a project which you found particularly enjoyable to work on.

I think the first project we sold to customers at Pinwheel was one of the most enjoyable projects I’ve worked on. We came up with the book format, wrote the text, illustrated the book, printed and delivered the books to customers in 3 different countries. Our idea to start out own company and create books for publishers was on its way!

In your opinion, what is the greatest children’s book of all time?