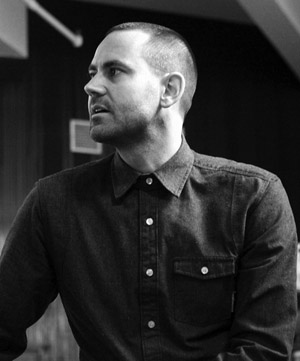 What has been your career path in advertising to date and how did you arrive at your current position as Group Creative Director DDB New York?

I grew up in Kenya, the Philippines, Indonesia and New Zealand. So moving around is almost second nature to me. Asia actually kicked-off my career after I decided to move from Auckland to Singapore with my parents in my final year of University. I spent an amazing 7 years in the region where I was fortunate to work with some extraordinary partners and mentors at agencies like Foote, Cone & Belding, JWT, and BBDO. I then moved to Modernista! in Boston to experience a different market. While I loved M! and their fiercely independent philosophy, Boston wasn’t my cup of tea. Especially after coming from such a diverse and vibrant region such as Asia. So I moved to Y&R New York in 2010 where I went on to run the global LG Electronics account and later became the ECD on Land Rover North America. In 2013, I made the move to DDB New York to be a part of its reinvention.

Tell us about the reinvention that’s currently in motion at DDB New York, what is your vision for the future of the agency?

Like any reinvention, it starts with the people. They are the lifeblood of any great agency. Matt Eastwood has been slowly building a solid foundation of teams who are now really hitting their stride. Junior teams who came through DDB’s talent development program, LaunchPad, were responsible for some of our most successful campaigns this year. Menno Kluin has also been instrumental in creating a solid culture around craft and bold ideas that have depth and purpose. Right now our vision for the agency is to build on the momentum of this year and continue to create culture-defining work.

What makes DDB different from other agencies that you have worked at and how is your creative department structured?

Along with reinventing our creative output, there’s also a greater emphasis on creative input. So once a month we invite someone inspirational to speak at the agency during one of our Curiosity Sessions. Essentially it’s designed to encourage everyone at the agency to be more curious. Previous speakers have included Craig Ward, Andrew Zuckerman and Ken Segall. Overall there are no magic tricks in how the creative department is structured. Creative Directors run key accounts and teams generally “float” between different assignments. However, we attach a designer or digital lead to a copywriter and art director team to create more dynamic clusters on certain projects.

As global creative lead on Reebok, what are your main responsibilities?

I’m responsible for the global creative output across all channels and categories. This includes Running, Training, Studio, Walking and Classics. I also work with key partners in digital, social and retail to build and execute campaigns consistently in key markets such as Asia, Europe and South America. I also help mentor the DDB LaunchPad teams and work on various projects for New York City Ballet, WATERisLIFE and the Smithsonian Zoo.

Your work has won Gold medals at almost every international award show, including Cannes, The One Show, Clio, ADC, Young Guns, AICP, and LIA, and garnered numerous honors at D&AD, SXSW, Communication Arts, New York Festivals, Spikes Asia, Effies, AdFest and The Gunn Report. Which award-winning campaign are you most proud of and why?

Every campaign has had a slightly different path to success. The LG “Something’s Lurking” film was fraught with obstacles so when that hard work is recognized, it’s always bittersweet. It also proves that good work can be done on a brief that usually gets put to the side.

The “For a Fleece” music video I did for Footaction was extremely fun to create so winning was simply a bonus.

When you work with clients like Land Rover who push for unexpected ideas like the one we created this year called “Roam Free”, you are reminded that good clients exist and why you love your job.

And then there are projects like the one I recently worked on for the New York City Ballet that go beyond advertising and bring a different perspective to the potential of what we can do in our industry.

Empower the young. Stay the course. Don’t be a dick. 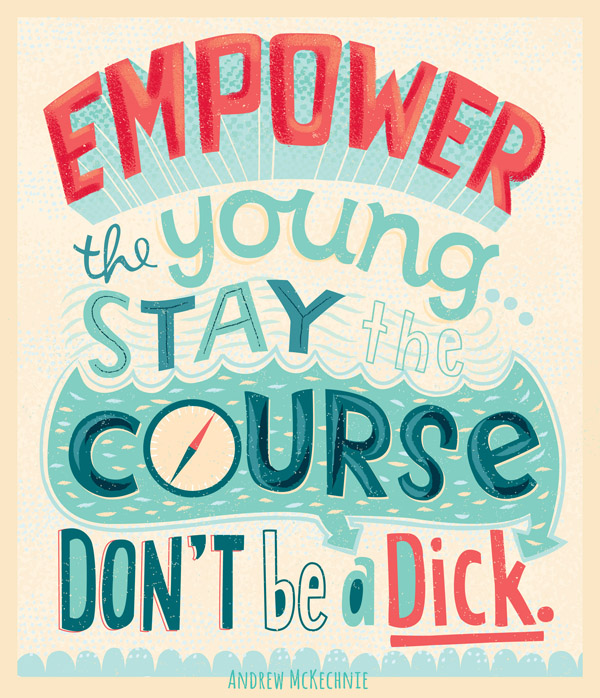 If you could select one project from your portfolio to share with our audience, which one would it be and why?

We just created an incredibly poignant and historic project for the New York City Ballet called “New Beginnings” on September 12th 2013. It is a breathtaking ballet performed on the rooftop of 4 World Trade Center to pay tribute to the future of the city. It’s a bold, pure idea that’s untainted by the usual restrictions or crippling political correctness that we’re faced with daily. It’s also a powerful example of how art can shape culture and bring forward a different conversation to society.

What has been the biggest client challenge you have faced?

A client who believed that good brand campaigns don’t need a tagline. Ever.

What are some of the most memorable and watchable ads of all time?

Guinness “Surfer”, Johnny Walker “Fish”, and Levi’s “Freedom To Move” all made a big impact on me when I first started in advertising. I was in awe of how anyone could write, let alone sell, scripts like those. They are timeless, beautifully executed and set the benchmark for many other successful brand campaigns that followed. Big brand spots are becoming a dying breed due to the proliferation of new media channels and tighter global marketing budgets but when they’re done right, they’re still as powerful as ever. Coincidently, all those spots came from the UK so it may have been during my crush phrase on British advertising.

Who or what has had the greatest influence on your career?

My friend Adam Wakeford plays Wheelchair Rugby for the New Zealand Wheel Blacks. He’s badass. He keeps me grounded and focused on the things that really matter. I’ve been away from New Zealand for 12 years so it helps to have a different perspective from someone who has faced real challenges but also knows how to take a step back and let things roll. You can’t control everything.