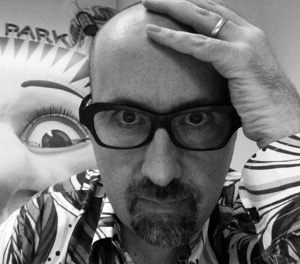 What attracted you to the world of advertising and how did you get your first big break?

I actually studied Graphic Design and, to be honest, I was pretty much oblivious to advertising. I was sent for a work placement in a sales promotion company (they call it activation now) and they expected me to develop concepts, not just design. It was a whole new world for me and I took to it like a fish to water. What’s more, this company didn’t divide people into art and copy. You did everything. I didn’t know any better so jumped right in. Only later did I find out how unusual it was to do both.

It’s been just over a year since you took up the newly created role of Executive Creative Director for Wunderman China.  Tell us about some of the innovative initiatives you’ve put in place to help drive growth across the region.

It’s more about getting the fundamentals in place. Encouraging people to look at, talk about and share the best work from around the world. Helping people recognize what are great ideas versus good ones. Knowing the difference between an idea and execution. Making room for initiative thinking where anyone is able to come up with groundbreaking ideas for any of our clients. Since I joined my rallying cry has been “Yes, we Cannes!” I want people to believe that we can produce work at international standards that can win major awards. Making people believe they are capable is the first step to making it happen. I believe we will get there. Along the way our overall creative standard will rise by itself.

Having worked at agencies such as Euro RSCG, Ogilvy and Tribal DDB, what makes Wunderman different in its creative philosophy and culture?

Many agencies give lip service to results but Wunderman is one of the few agencies that was founded upon it. As the first direct marketing agency it has always taken a different path than the more traditional advertising agencies. Over time Wunderman has evolved and as well as being the world’s top digital agency we are now focusing a lot more on creativity as a driver of results. Direct has always been about having a personal dialogue with customers and today this is easier than ever. We don’t just create campaigns, we spark conversations that lead to actions. There is a lot of intelligence in what we do but we want to balance that with emotion and storytelling. We mix logic with magic in equal measure.

How is creative talent nurtured at Wunderman and what is the standard of talent coming out of China right now?

We try to give everyone the opportunity to be part of the ideation process. At the same time we recognize people’s individual skills and help them develop those. Not everyone is great at concepting but their art direction might be amazing. So we find ways to bring out the best in everyone. We have a great mix of junior and senior people who each can learn a lot from each other. As far as talent coming out of China, it is definitely improving all the time. Thanks to the internet it is so easy from creative people to find inspiration from all around the world. In China everyone is so hard working and we will soon reach a point where this will be equally matched with creative firepower. When that happens – watch out world.

You have created award-winning campaigns for some of the world’s most influential blue-chip clients.  Which 3 campaigns would you select to share with our audience?

One of our most recent campaigns in China for Land Rover has been a real turning point for the team in terms of ambition and craft. The Hidden Light campaign for the Evoque combined high-quality video with digital innovation to produce something that I believe is world-class. We hope it will be an award winning in the coming year.

Previously I worked on some groundbreaking projects for NineMSN in Australia that really were quite ahead of their time. It’s a Virtual Life was a multi-platform interactive experience featuring Butterfly Man. He was played by Chris Lilley who has gone on to international fame. It was a big success for the client and agency.

Finally, I was very proud to be part of the launch of the Motorola Razr while I was in Paris. It was and still is an iconic phone. I was using mine recently as I was suffering from technostalgia and everyone knew what it was instantly.

What are some of the challenges associated with leading creative teams?

Creative people can be very emotional and find it hard to face criticism. It can be tough to shoot down ideas without people losing their enthusiasm. Being a parent helped me a lot in fact. Knowing how to encourage groups of people and understanding what makes each one tick is vital to getting the best result. Every day you have to overcome disappointments and make people believe we can achieve greatness. When everyone is tired and frustrated (including yourself) you need to find the words to get the team fired up again. And when everyone does a great job we need to celebrate that too.

You have judged at major festivals; including Cannes Cyber Lions.  What do you most enjoy about being part of the judging process?

For me it is a chance to meet some of the most interesting people in the business. Being able to chat about their experiences and see how they talk about the work is really inspiring. You also get to see projects that you may have missed previously. It always makes me come back to the office with a renewed sense of excitement. The snacks in the judging room are great too.

What has been your most unique creative challenge?

In 1996 I really wanted to go and work in Hong Kong. But the only job offer I was given was for a web marketing agency. Not knowing how big the internet would become made it something of a leap in the dark. One that I’m so glad I made so early. Learning to adapt offline creative thinking to the online one was tough. Especially because of the limitations at the time. We were doing everything for the first time. It made me think completely differently.

Who was the last young creative to really blow you away with an idea?

A junior creative in our Land Rover team here in Shanghai came up with a very powerful idea recently that could win a Cannes Lion. Now the hard work begins to bring it to life. Sometimes the youngest team members can have the most surprising ideas.

Which creative masterminds have you most enjoyed collaborating with during your career?

The person that first hired me straight from university had a huge influence on me. His name is Danny Claridge and he set the bar for never being short of ideas, having boundless passion and that good guys can go far. Some of the most creative minds I’ve worked with have not had “creative” in their title. Collaborating with superstar media planner Ruth Stubbs in Hong Kong and brilliant strategic planner Matt Donovan in Sydney was a massive inspiration to me. These are people full of ideas and don’t fit in neatly defined boxes. Our business is full of amazing creative people