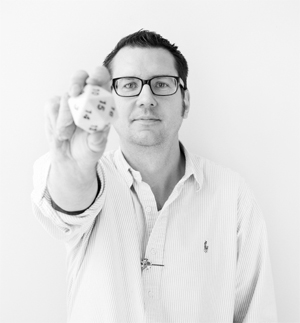 Tell us about your professional background, how did you get started in the industry?

I’ve been working by trade as a commercial artist since I left college.

I spent the ‘90s out in Los Angeles working amongst the collapsing scenery of the pre-Napster music business. I started out as Barry Manilow’s one-man art department. That gig was basically my apprenticeship in how this whole rigmarole works – from retouching, design, photo shoots, prepress, the emergence of the web as a medium, media buying, events, etc … Baywatch’s office & stunt pool were next door. Pammy and I were on waving terms. It was magic.

Anyway, some comrades and I decided to go independent and we formed the Telegraph Company, a record label and distributor, around ’95 or so. We put out a brace of great music at the exact moment it dawned on our most loyal & devoted audience that they could download all of it for free. By the millennium the tarp had blown off completely and we, and the biz as we knew it, were done.

I had my eye on Philadelphia by then, drawn there by romance & affinity, so I packed up any design that I had done that was punky, risque or louche and FedEx’d them to Steve Grasse at Gyro Worldwide – at the time home of Puma, Kamel cigarettes, Sailor Jerry Rum and Bikini Bandits. A week later I was working in advertising. Later I helped build a shop down the street called 160over90. Six years later I left – for Brownstein, Philadelphia’s oldest independent ad shop, now on to its 50th year.

For me the Beneficial campaign is a career benchmark. It’s funny as hell, looks gorgeous and delivers the essence of a 160-year-old banking philosophy succinctly and unforgettably. Plus I got to hang out with a trained crow in a green room for 20 minutes. Smart as porpoises or chimpanzees, they say – unnerving. 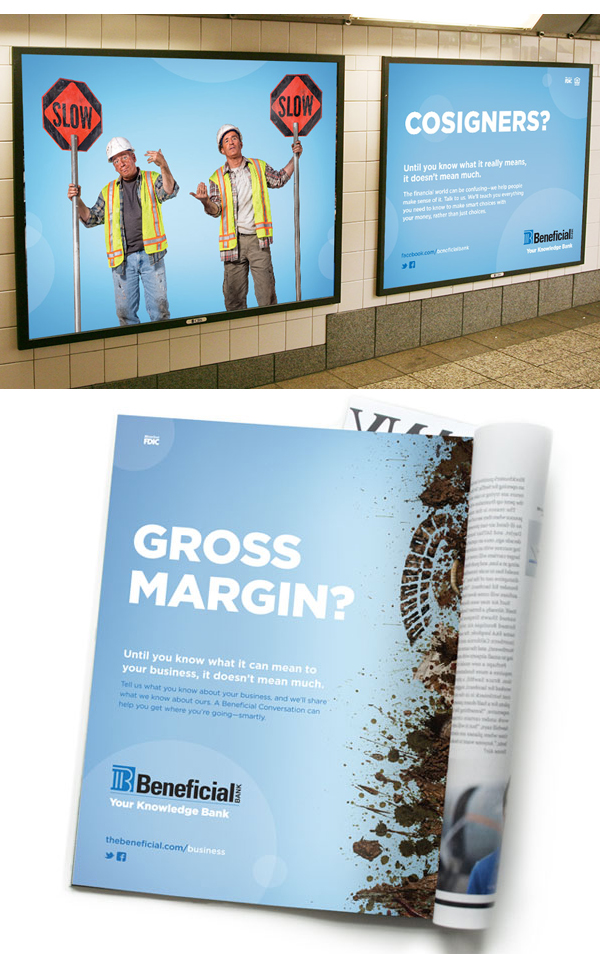 I love the Cozen work. Sure they’re a global Am-Law 100 firm – but legal advertising can be so legal-y & picked-over & feh. So building a brand that genuinely & precisely reflected them, that had the metaphorical ambitions of great editorial illustrations and was shot with the luxe finish of watch or shoe ads remains extremely satisfying. 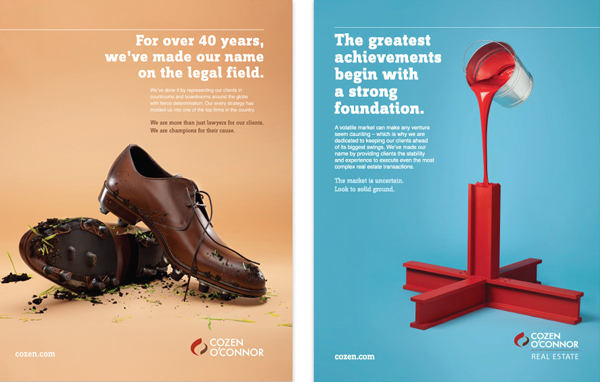 The IKEA work is an ongoing thrill, a fusillade of stuff all year long aimed at their commercial calendar. I dig how all encompassing it is, from safari hunts for insights, to the range of media, to the creative and development challenges, all relentlessly driven and tuned by results and metrics. It keeps the whole shop working at a gonzo level of performance. 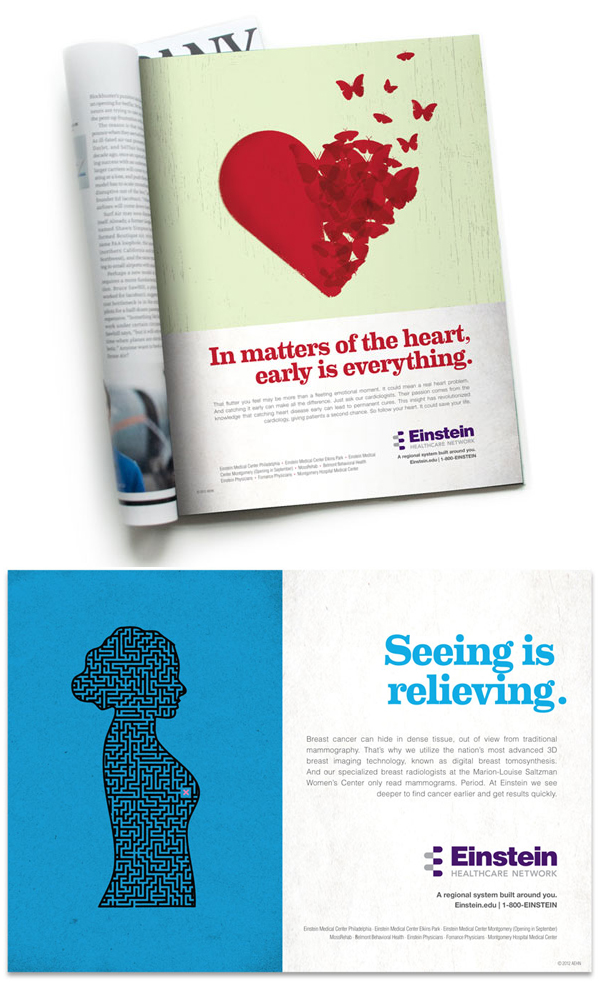 What’s been your greatest creative challenge?

My greatest creative challenge is managerial, rather than aesthetic or strategic. It’s a classic struggle, perhaps the essential managerial struggle of commercial art – reconciling the great with the fast. It isn’t exactly a money thing. An analogy to music helps here, I think. You don’t need endless resources to be awesome. Ramones records cost $6,000 to record and one ELO song could cost $60,0000 – both can be, and frequently are, great. But what you need is time. Focus. You need to compose. Try. Fail. Sculpt. Test. Etc.

And here’s why it matters – not for the art, but for the efficacy. Better, sharper work works better & sharper. It does more for our clients. When you do the work, no matter what you’re gonna do most of the heavy lifting anyway. Being able to structure assignments and relationships that allow for that extra attention always pays off commercially in the end.

How do typically approach a new brief?

With a pencil. Advertising should be done with pencils.

What’s the most interesting thing you’ve seen on the internet recently?

Uber and AirBnB. My days in the music biz have made me especially sensitive to things that fundamentally scramble business models, commerce, etc., and create new patterns, behaviors and markets. Everything those companies do – from how word spreads, how they market and partner, how they exploit design and technology – is fascinating and instructive.

Who are some of the ad industry’s greatest creative thinkers?

I love this business as a trade. That said, I’m not a big industry trainspotter, so I’m a bad person to ask about indelible giants & emerging hotshots. That said, here goes:

Bill Bernbach sits atop Mount Advertising and is the author of what should be its motto: Let us prove to the world that good taste, good art, and good writing can be good selling.

Hanging in my office is the press release Droga5 used to announce it was awarding its Christmas card business to McGarryBowen. It’s fucking genius and so are they.

And a huzzah to Steven Grasse. Puma lifestyle, the Kamel campaign, the liquor and spirit brands he built like Sailor Jerry and Art in the Age, Gyro’s new iteration: Quaker City Mercantile, his plans to turn the state of New Hampshire into a botanical distillery – when it comes to instinct, ambition, profanity and inspiration he’s the squirrel’s nuts.

Who was the last young creative to really impress you?

Regarding young creatives, I start with the Brownstein studio. It would be gauche to single any of them out, but they’re aces – a daily inspiration and the reason I come to work in the sequin mines every morning.

I will, however, single out some older heads I’ve worked with. Adam Garcia, lately of Nike, now running his own studio, The Pressure, Mikey Burton and Dan Blackman, also solo these days, Kelly Dorsey over at Leo Burnett’s Dept. of Design, Adam Flanagan now at Hudson Rouge – these folk are the cat’s pajamas and I learned a ton more from them than whatever I contributed to their work. Check their kung-fu.

What are some of the freshest – and conversely, most uninspiring – campaigns out there right now?

Freshest campaign? That’s a question for the studio – they’re in charge of knowing exactly what time it is out there.

Here’s where I’m at – you know that Geico ad with the possum? That specific ad, though, specifically. Go watch it now … OK, right? That ad, and the mechanics behind it, I adore. It’s perfectly off kilter. That long shot of the possum? Genius. The hiss. Dad’s distant “There he is …” The vaguely ‘80s casting. And it’s 100% dead on about the product. Simple as a stick. Gobsmackingly good. And it proves that no matter how much changes in the commercial landscape, the essence of great advertising stays put.

Un-inspiring? Well this is a little like hitting a side of a barn with a Howitzer, but mainstream beer marketing is the Kardashian ass of our business. Big, dumb, undeserving of its ubiquity and stupid. When you see big brands spray big globs of money through the hollow tube of a lumbering agency and create ungainly campaigns that run wall to wall and blot out the sun, your heart does sink a bit. 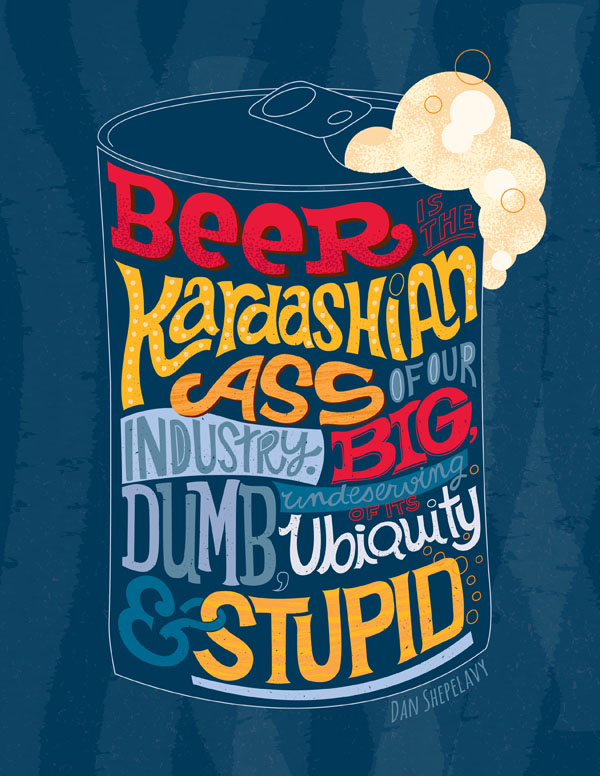 You are also an illustrator.  How does this influence your role as ECD and whose work personally inspires you?

Well, not exactly an illustrator, more of a Sunday painter (who got a wild shot at illustrating for the J Peterman catalog – close but no cigar). Anyway, it’s a profound influence in my fundamental approach to creative direction. When you paint, for the first third you’re blocking out what you’re building. It’s nerve wracking and scary, but working rough and loose is essential. The second third is the workman-ly application of craft and technique. The heavy lifting and forming. Hard, hard work. The last third is when you freestyle, add detail and flourishes, and hopefully light the thing up real bright. I think that framework stands for just about any creative act, so as much as I can shape work in that way I do. 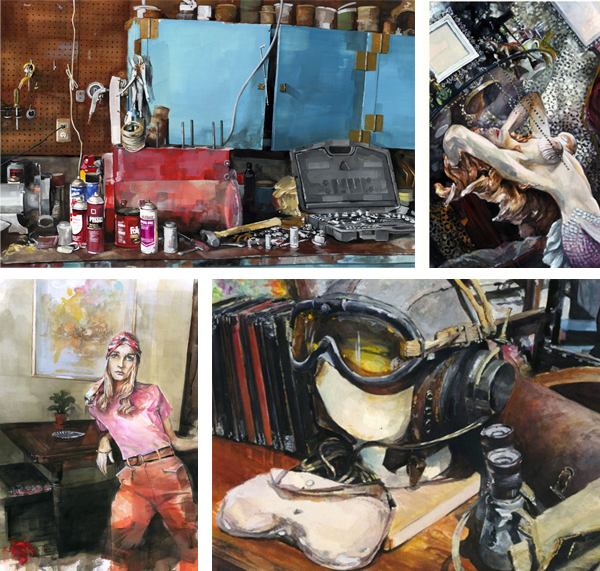 Which iconic ad campaign do you wish you had been a part of?

I would love to have been involved in advertising Dupont’s synthetic fabrics from the ‘50s to the early ‘80s. Lycra, Spandex, Dacron, Orlon, Qiana, etc… fashion & lifestyle paired with science & material engineering. 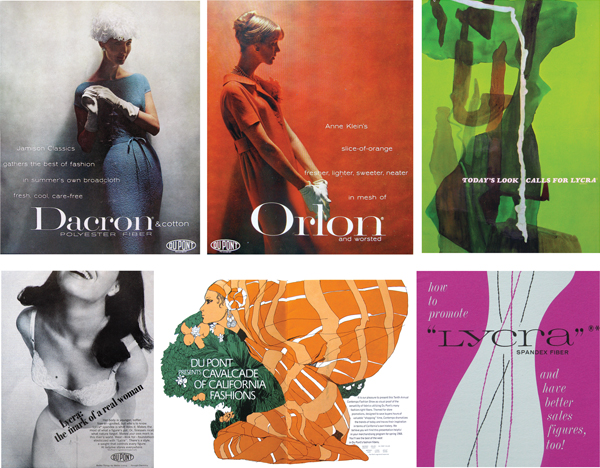