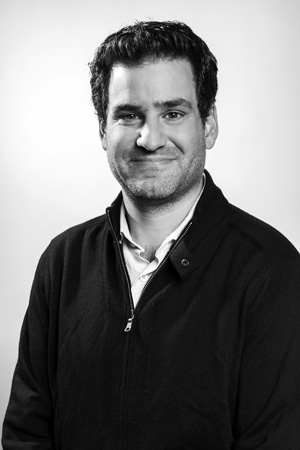 Have you always been interested in advertising?  Tell us how your career began and what some of the highlights have been.

I never intended get into advertising. I come from a family of scientists, so I wasn’t really even aware this could be a job growing up. I’ve always been equally interested in the art and science of things and I think that led to what I do today. In the mid-nineties, I interned at Microsoft where I worked on the interface design for Bookshelf, one of the first multimedia CD-ROM products. Around this time, the Web as we know it was starting to take off and brands were experimenting with their first websites. A friend showed me Ben & Jerry’s site and something just clicked ­– it was really basic, but fun and interactive at the same time. And it brought the brand to life in way that I’d never seen before. I knew that I wanted to work on stuff like this, so I got a job as a designer at a small interactive agency in Boston called Utopia as soon as I graduated college. I worked at a few different digital agencies including USWeb/CKS and Organic before coming to Deutsch, my first true advertising job, over a decade ago.

What changes have you seen at Deutsch over the past 12 years?

As you would expect at any agency, I’ve seen people and clients come and go, but the culture of the place has stayed largely the same. And many of the people who’ve left have come back after seeing what’s out there and seeing how unique the culture is here at Deutsch, everyone is focused on creating things that we’re proud of and moving business for our clients. But there’s also care taken to have fun and treat each other well while we do it. We don’t have a lot of rules for who we hire (or anything really), but we have one that I think speaks to what makes Deutsch unique – don’t hire assholes. This really helps keep the culture intact, in spite of the inevitable and constant change in the agency.

How is your team structured and what does the creative workspace look like?

We have a single, integrated creative group made up of art, copy, user experience, and technology. Our creatives usually work on multiple projects and clients at once to keep things interesting. We staff projects on a case-by-case basis with the goal of getting the best ideas possible. Sometimes this means putting a creative with lots of TV experience on a digital assignment or vice versa. The best work happens when people with different strengths and points of view work together, and when everyone is a bit out of their comfort zone. As for the creative workspace, we don’t segregate creatives, so it looks like the rest of the agency ­– a huge, minimal concrete and glass space with amazing uptown and downtown views. Creative, account and production are all mixed up to make it easier to chat informally and work as partners rather than in silos. 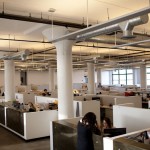 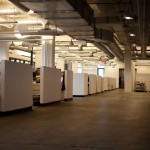 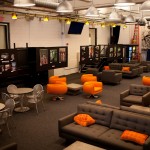 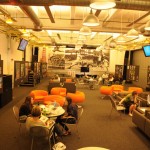 Your clients include Microsoft, Got Milk?, PNC Bank, Outback, and Lunesta.  Which projects would you hold up as some of your most innovative work?

I am a firm believer in using technology to create great experiences and solve business problems­ – and not use technology for the sake of it. It’s easy to preach this philosophy and many do, but it takes a lot of discipline to live by it.

For PNC Bank, we created an iPad game for a product called Virtual Wallet. In the game “Real Life with Virtual Wallet,” which was loosely based on “The Game of Life,” users had to move around the board by using the tools from the bank account to overcome everyday financial challenges. Essentially, we delivered what could have been a deadly boring bank account demo as a fun, nostalgic experience.

For Got Milk? we wanted to mastermind something to engage teenagers and get them to think about the health benefits of milk. We knew it couldn’t feel like an ad or they would tune it out, so we partnered with Warner Brothers to create a game based on the Green Lantern movie that allowed kids to test their Lantern Worthiness. In the game, you use hand gestures to control objects on the screen, using a basic webcam. This launched shortly after Microsoft Kinect, so it was pretty ambitious and experimental technology for the time. 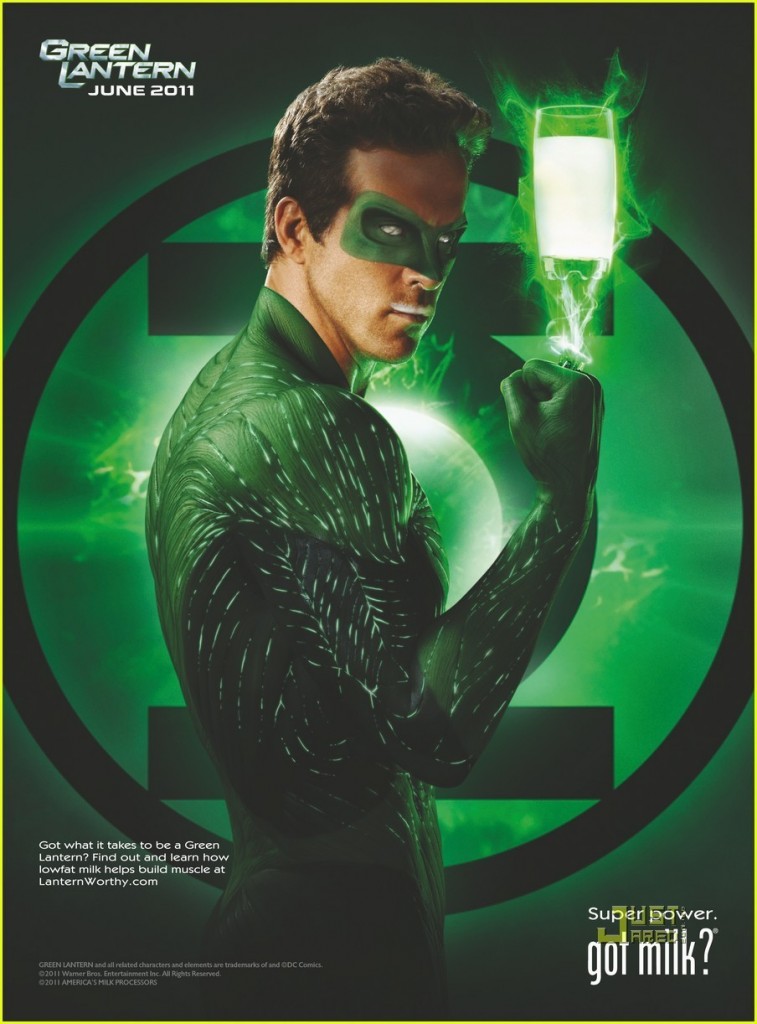 For Lunesta, the sleep medicine, we recently launched Luna Tracker, a mobile app that helps you track your sleep as well as the daily habits that can impact it. Lunesta’s mission is to help everyone get a good night’s sleep and wake up feeling rested by providing information and utility beyond the pill. In the app, we were able to literally fulfill on this mission by using the phone’s accelerometer to sense body movement during sleep and wake the user up at the end of a sleep cycle, the best time to wake up feeling refreshed. Users also see a cool graph of their night that shows how restful or restless their night’s sleep was. 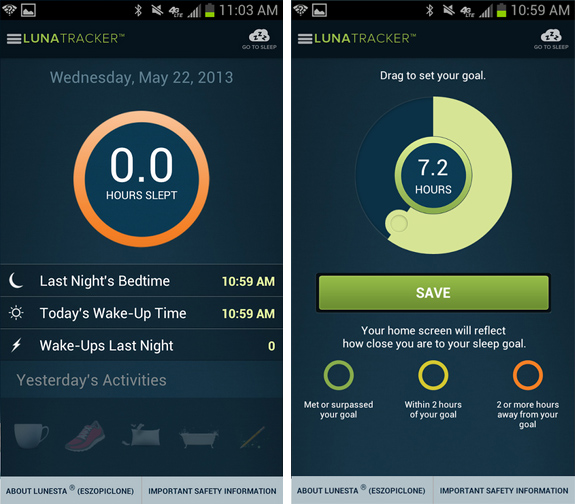 I think it’s a fascinating time to be in the advertising industry because it’s going through a complete transformation in the way it works and the things we make. With this change comes major growing pains as we figure out what works and what doesn’t. It can get pretty painful. Part of me wants to skip forward 10 years to when we come out the other side, but that would mean missing out on all the fun challenges along the way. And, so far, my homemade time machines have all failed.

You believe a future trend is ‘the Democratization of Everything’.  Can you tell us more about this idea?

For years, we have been witnessing the democratization of various industries­ – music, film, publishing and so on. Now, with the advent of platforms like Kickstarter and Indiegogo, we’re now seeing the democratization of funding and product development. Add 3D printers, which are getting better and more affordable, into the mix and you start to see the power to design and become accessible to the masses. I see this as the final stage of this evolution. Literally everything we do has been, or will soon be, democratized by technology. It’s a very exciting time and one that will surely impact our industry and keep brands – the traditional makers of things – on their toes.

Tell us about some of the most impressive case studies you’ve seen from the Deutsch team recently.

What are your thoughts on controversial advertising?

Controversy can be great, but it isn’t always great. It depends what kind of controversy you create and which side of the fence your customers and potential customers sit on. If you create something that causes a stir and pisses some people off, but your target audience appreciates and embraces it – that’s great. Our GoDaddy spot “The Kiss” for last year’s Super Bowl is a good example of this. It featured a 30-second make-out session between a super nerd and super model, Bar Rafaeli. It caused a big stir and there were many haters, but it resulted in the best sales day in GoDaddy history. On the other hand, if you create something that pisses off your intended customers and drive them to your competitors – that’s not great. Brands need to be even more careful these days as a small misstep can be amplified by social media and quickly mushroom into a PR disaster. Simply put, don’t shit where you eat.

Describe a complicated client objective, which you were able to distill into a simple and effective brand campaign.

Got Milk? wanted people to think about milk as a great source of protein, not just calcium. There’s a big health craze around protein lately, and milk was being mostly left out of the conversation. We talked about complicated messaging about complete versus incomplete protein and using calcium as a way in to talking about protein. In the end, we went with a very simple, direct approach. “Protein Fight Club” is a series of short videos that show milk triumphing over various breakfast-food competitors in whacky, nonsensical battles. It’s a competitive campaign that makes fun of all the typical conventions of competitive campaigns. Eric Warheim of “Tim and Eric Awesome Show Great Job” directed the videos and helped make them really weird and really funny at the same time.

Do you personally have any routines that help you think more creatively?

When I’m trying to be creative is when I am most uncreative. It’s when I’m not trying to think of an idea that it pops into my head. When I start a new project, I try to immerse myself as much as possible in the brand and audience. I look at competitive stuff, as well as totally unrelated stuff for inspiration. And I look at what people are doing and talking about online that might be relevant. Then I try to step away from it and let it all sink in. That’s when stuff starts to come to me. I hate formal brainstorms. One of my favorite posters reads “Meetings: None of us is as dumb as all of us.” But sitting around informally with a small team and throwing around ideas can help get things flowing. Once there are some promising ideas on the table, attacking them more formally as a team becomes productive.