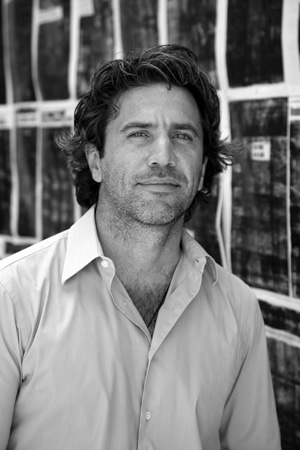 Advertising seems to run in your family with both your father and grandfather opening their own shops. What lessons did you learn about the industry from an early age?

Yes, our grandfather opened one of the first and largest Argentinean Agencies in 1927, and it ran for more than 60 years. Our father also had another agency. Opening our own agency with my brother proves that we haven’t learned much.

Tell us about your career journey including how you came to co-found your own agency, La Comunidad, in Miami and Buenos Aires with your brother Joaquin back in 2000?

I only worked for two agencies before La Comunidad; and I was lucky because I always worked for people that I really respected and admired. The first agency was Ratto/BBDO in Buenos Aires. David Ratto was bigger than life, the mentor of the best talent in Argentina for years. He was the kind of guy that if he liked you, he would give you everything he had; but if he didn’t, you better get out of the way. I was lucky to be on the right side of that fence. He taught me a lot of what I know today.

Then, one day out of the blue, the phone rang and it was a call from Dan Wieden inviting me to go to Portland Oregon to meet him. Not sure how I made a good impression since my first words were: “Get the fuck out of here! Who is this!?” As it turned out, yes, it was his personal assistant. Despite that, I ended up moving to Portland, although, I originally thought it was Portland, Maine. I also worked out of Wieden + Kennedy at the London and Amsterdam offices.

W+K is an amazing place, and I was the Creative Director for all Nike International, not a bad gig at all. Actually, my job was so incredible that it was the main reason why after almost 5 years I had to quit. It struck me that one day I would wake up to realize that I had spent 20 years of my life under the Portland rain.

So along with my brother Joaquín, whom I worked with at Ratto/BBDO, we decided to open La Comunidad (The Community) in Buenos Aires and the sunny Miami.

After almost 14 years, we couldn’t be prouder of what we’ve done, but at the same time, we feel that we haven’t done anything yet. We are still very hungry.

What do your Miami and Buenos Aires workspaces look like?

For years our office in Buenos Aires was a huge house with a nice swimming pool. We also had a smaller office in Palermo (kind of the SoHo of BA). Recently, we combined both offices into one great space that has its own art gallery. 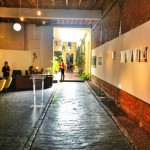 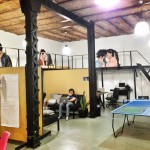 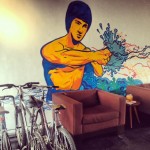 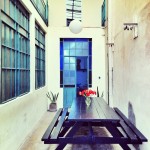 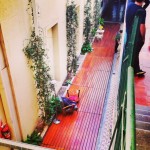 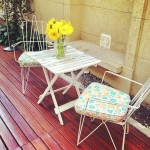 In the U.S., we have two spaces. Our stand-alone office building in the Design District that represents our “rational side.” It is used as a more traditional office space, but it still has a unique personality tailored to our culture. Art is present everywhere and our rooftop provides a great venue for events. In this case, the model is based on a more “open community,” with people from different disciplines and backgrounds coming in and out all the time. It’s a community more integrated to the outside world. 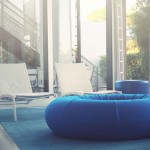 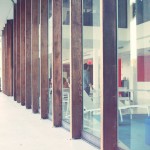 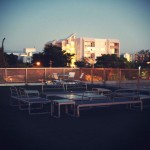 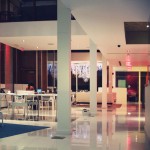 We also have a waterfront house that represents our “emotional side.” It is used as a space to think, for agency events, for longer and deeper meetings with clients, and as a safe haven for new business pitches. It is a hidden community that represents who we are as soon as you cross the threshold and see someone thinking while floating in the swimming pool. Tell us about a recent project you are particularly proud of and explain why.

It’s hard to pick your favorite kid … We did a particularly rewarding project with Converse in many cities in Latin America, where highways still represent progress and that you belong to the “first world.” But underneath the highways, it’s a very different story. The picture is ugly as these neglected spaces often become the cities’ dumping grounds. So the idea was based on recovering these lost spaces and turning them into cultural venues for concerts of up-and-coming bands, short film projections, art exhibits, skateboarding events, etc. We started by using all the social media channels to invite people to participate in the clean up of the spaces and for the finding and selecting of the artists. Art was created out of the garbage collected, and exhibits where initially held at the local Converse retail outlets. Then the spaces were completely transformed, and for a whole month different cultural events were organized featuring all the coolest local artists in various disciplines. After all the events were over, Converse gave the spaces back to the cities for the locals to continue to enjoy.

Today it’s not about what brands say, but what brands do. It was a nightmare in terms of production and red tape, dealing with all the cities permits, security, etc; but it was very rewarding to bring to life Converse’s brand conviction of unleashing the creative spirit while giving back to the community.

What has been your greatest achievement – both professionally and personally?

Professionally, I think my biggest achievement is having created a unique culture that will hopefully transcend me.

Personally, having two young daughters who, so far, want to marry me.

Whose words of wisdom do you regularly draw upon?

My stomach’s. All my emotional decisions are always better than my rational ones.

Which are the best ads out there at the moment?

There’s a lot of stuff going on. The best ads out there at the moment are actually not ads, but ideas that make people’s lives better.

You officially survived a shark attack. What other scary moments have you experienced during your career?

I am scared of anything that comes after the phrase “I am not a creative but…” Also, the other day I was in a meeting, and I realized that I’ve been in the exact same meeting for almost 25 years! I’m getting old I guess.

What is the longest relationship you have had with a client?

I would say MTV. We’ve been working together for 13 years now, and we’ve done all kinds of work: show openings and closing graphics, content, TV shows, global campaigns, digital experiments, and more.

What’s the best conversation you’ve had recently and who was it with?

Last week I had a great chat with my 3 year-old daughter. She was asking me why people have to shrink and get tiny every time they fly on a plane.