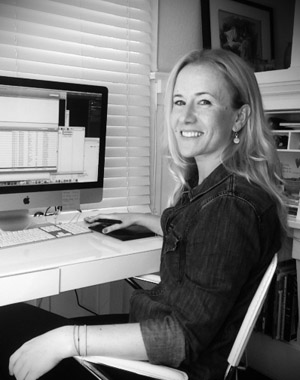 How did you get your first big break in publishing and what have been some of the highlights since then?

I got my break in publishing through a friend from Art Center. She had graduated a term ahead of me and landed a job designing young adult and adult covers for Harcourt. She called me shortly before my graduation to say they were looking for an intern in their children’s department and suggested I apply. I drove down from Pasadena, interviewed with art director Scott Piehl and got the job. The internship quickly turned into a junior designer position, and when I left, I had the title of designer. My first break came as a junior designer with the book UGLY FISH, illustrated by then-debut artist Scott Magoon. Another designer had been working on it but it just wasn’t clicking, so Scott Piehl offered me a go at it. Up until then I had been doing paperbacks, reprints and translations, so I was EAGER to jump on a frontlist title. And even then it was clear Scott Magoon had a big career ahead of him – I fell in love with UGLY FISH and it’s still very near and dear to my heart.

Since then the highlights have been many, but I suppose if I had to pick a few, I’d say moving to NYC for a senior designer position at Sterling. As a born-and-raised Californian I had always been equal parts attracted to and intimidated by the Big City, so to be offered a job there was really exciting! I loved the City immediately, and at Sterling, I worked with Scott Piehl again (he had moved there before me), and we got to work on PUFF THE MAGIC DRAGON by Peter Yarrow. It was a classic song that we got to re-introduce to a brand new generation.

But I think the most exciting career highlight so far was a 2008 phone call from Executive Art Director Ann Bobco about a senior designer position at S&S, where I would re-join former Harcourt colleagues Allyn Johnston and Andrea Welch and work with Ann and the other designers there to help launch Beach Lane Books, as well as work on the classic imprints Atheneum and McElderry. It felt exciting and intimidating (there’s that combo again!) to be working with such long-established imprints, and a brand new one too. This year we are celebrating the 5-year birthday of dear ol’ Beach Lane, and that I’d count amongst the highlights thus far as well.

Talk us through a recent project you particularly enjoyed.

THE TREE LADY by H. Joseph Hopkins, illustrated by Jill McElmurry, was a real pleasure to work on. It was one of those books where the art progressed and came together easily and beautifully and the design followed suit – Jill is a genius! Andrea Welch, the book’s editor, was willing to go a little outside the box with the type and some of the design elements, and everything came together to create a really beautiful package for a really special story.

Describe some of the main challenges of your role.

I consider it the job of any designer or art director to help an artist to create the best work they’ve ever done – and that can be tricky. In essence, my job is sort of like saying “This looks great! Now how about we try it all over again, but in a totally different way to see what pops up?”. Doing that is hard work for everyone (though certainly the most work for the artist!), but I find that when one goes past the first round, new and unexpected layouts and compositions emerge. Doing that, while maintaining a good working relationship, full of trust, motivation, humor and FUN, can be tricky at times, but it’s also the most rewarding part of my job; when illustrators get their box of bound books and call to say they are proud of it, and then agree to do ANOTHER book with me? That’s the best!

Walk us through the picture book process at Simon & Schuster.

It starts with acquisitions, and I’m occasionally a part of that – there have been only a few times I’ve brought writers to the house, more often I’m asked for my opinion on a manuscript that an editor found, but usually it’s all up to the editors. Once the text is acquired, and mostly edited, the editor and I will go through artists we think could be a good fit for the text – and that fit can be based on marketing or commercial needs, budget requirements, other in-house considerations – or, as is most often the case, because we think the artists’ work is a perfect match for the text. And when we find the right fit, and the artist signs on, then the fun begins. I like to start with throwing the text over to the artist with little to-no-direction, and just let them to do WHATEVER! I hope they have fun and explore and experiment and try anything. Loose thumbnails are perfect at this stage – this is where I want to try to really stretch and experiment and start to explore. In doing so, slowly the architecture of the book – the bones of the thing – are revealed, and the look of the book starts to come into focus. Once we have a general road map down, the rest of it all falls into place and those thumbnails become sketches, then revised sketches, and eventually final art (and often revised final art ;). Along the way, at every step, the editor is reviewing the sketches too, and the managing editors as well. We’ll do sketch checks to make sure the art is accurate to the text, our production group does test prints to check how the artists’ colors are reproducing, we have big meetings to review cover art and to discuss sales strategies – there are a lot of moving parts! But about 6 to 12 months later, we have a book!

Which 3 books from the Simon & Schuster children’s list would be your must-reads?

– All the World, by Liz Garton Scanlon, illustrated by Marla Frazee

What do you most enjoy about the collaborative process with artists?  Give a few anecdotal examples.

I really enjoy that i get to work with so many different people, and such creative ones at that. Together we make really fun things, and so I think the process of creating those fun things should be inherently fun, too. I remember talking to Robert Newbecker while working on SOPHIE PETERMAN TELLS THE TRUTH about a scene with a little boy in a bathtub. We were reviewing the sketches, pouring over them page by page, and we came to a picture where I said “I think we need more bubbles in the water – kids love farts.” He and I both sort of caught ourselves and stopped to laugh about how we were having an entirely serious work conversation about a visual fart joke. That’s not a bad day at the office! Similarly, I once had Lois Ehlert call me about an idea for her book RRRALPH. This bestselling author of many modern classics opened our conversation with, “Lauren, lemme lay something on you.” That just killed me – I don’t imagine a lot of people get to have such fun conversations with such talented people in their workplaces, and I’m so grateful I do.

I think what makes a great character is also what makes a great book – emotional engagement. If you show me a character with energy and emotion and charm and wit – I’ll follow ‘em anywhere. Case in point: the letters in CHICKA CHICKA BOOM BOOM – they are letters, for crying out loud! But they are rendered with such charm and personality that we, the reader, are engaged and follow them up and down that tree. So I think that attitude and endearment are the thing – ya gotta hook your readers so they stick with you for the whole 32-page journey.

When looking to appeal to Simon & Schuster’s children’s list, what things should an illustrator include in their Childrensillustrators.com portfolio and what should they avoid?

I think it’s important to draw what you want to be hired for; the age range – do you want to work on young picture books, chapter books, middle grades? The content – do you love drawing animals? People? Landscapes? And media – do you want to work in color or black and white? Digital or traditional? Show us what you love to do, and eventually you’ll get hired to do it. I also think it’s critical to show characters in context: environments, rooms, full scenes. I see a lot of portfolios with character studies, and that’s great, but I also want to see that you can tell a full story in a setting. Don’t only fill your book with fully rendered characters, alone, against a white background.

Which picture books have stood the test of time and why.

The books that stand the test of time are those that are chock full of emotion – emotion that kids recognize as authentic, and they stick with them because of it. See my list below for the ones that hooked me long ago, and stay with me still…

Which children’s books did you enjoy reading as a child?

I have very fond memories of LEO THE LATE BLOOMER, FERDINAND THE BULL, THE AMAZING BONE, all of the classics illustrated by Susan Jeffrers – I remember she had wordless spreads in her books and I just thought those was so amazing to look at. ALEXANDER AND THE TERRIBLE, HORRIBLE, NO GOOD, VERY BAD DAY was a big one in our house as well; “I’m moving to Australia” was a refrain we’d throw around pretty frequently! As an older child, I have great memories of my mom reading WHERE THE RED FERN GROWS to me aloud over the course of a few months.