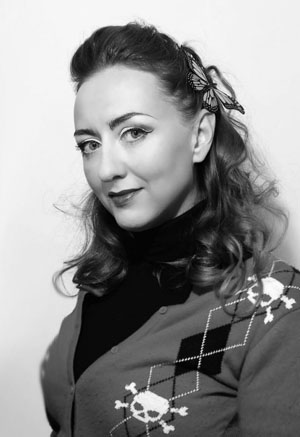 You are the force behind Adland, one of the most influential advertising blogs in the world.  Tell us how you came to set up your own website back in 1996.

Two cats were ad-related on the web back then, and you probably know them. Dave Dumanis wrote adlib every Friday, and Jeffrey Zeldman set up the ad graveyard and lots of fun projects. I thought, heck, I’ll join these guys and set up a Badland corner for twin ads & bad ads, and proto-blogged about advertising on static HTML pages. Nobody else had done the twin ads thing on a website then, so I figured I could start there. I wanted to discuss advertising, I was in usenet groups doing it, I created a mailinglist for this purpose, and I built a website where everyone could join in by commenting on it. This kind of place didn’t exist yet, so I made it. Zeldman was giving away free advice on how to make pretty websites and Lynda Weinman of Lynda.com was teaching everyone how to do it as well with her website on web design. I rolled up my sleeves and got to it, that’s all. 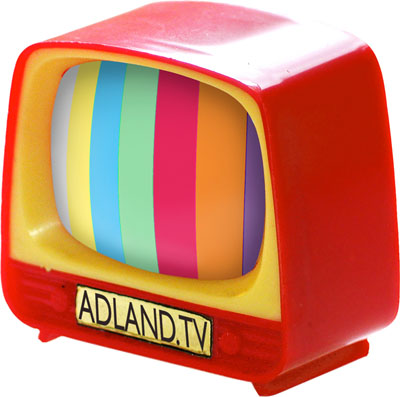 It changed as it got bigger, I had to do video, I had to learn how to run linux server clusters, how to build servers, php, mysql, how to handle super bowl traffic, all that jazz. My first server was on the backbone of the Dutch internet, and shared with a guy who ran pornsites, this was my baptism by fire on sudden traffic spikes.

You have to pick one Superbowl ad to share with our audience, which one and why?

Just for feet. You might know the story; Salon called it the ad from hell. Just for feet made its own mistakes but the ad which ran during the 1999 superbowl killed the company within six months.  Just for Feet even sued Saatchi for running that ad. I’m choosing it not as an example of a great, but as an example of how powerful an ad can be. We have a responsibility to make a great ad, not a controversial one just to get some earned media.

You still work as an advertising Art Director by day.  Tell us about your professional background and some of your career highlights.

I studied at Parsons in New York for a few years, and then at the School of Communication Arts in London, when John Gillard ran it. That school has reappeared like a phoenix from the flames, with my classmate Mark Lewis as the current dean, and he runs it in the same spirit as Gillard.

I had the best time in Amsterdam when I worked for Publicis and freelanced for what is now Indie, just as the creative boom began over there. Unlike most non-Dutch people in advertising who end up at the international agencies and stay within that crowd, I worked in the Dutch agencies, hung out with Dutch people, and met some amazingly creative people along the way whom I still treasure as great friends. Agencies are pretty much the same all around the world, politics are the same, clients are the same, but something about a time and place can’t be recreated everywhere. I wonder if these days Shanghai is this place, or Los Angeles.

What has been the most enjoyable client brief to date and how did you respond?

I have a client project right now that is in the works, so I cannot reveal much about it, but it’s been amazing from the start. The problem itself is a challenge to solve, it’s going against the current popular opinion, and as such poses a difficult brief to solve in how to change consumers’ minds and behaviour. It’s fairly easy to remind the consumer they made the right choice, it’s very easy to preach to the choir, it’s a whole other ballgame to sell a controversial idea. The client has wisely let us get on-board early, so we’re solving the issue from the bottom up, writing the strategy from the very beginning and advising every step of the way. I’ve never been as deeply involved this early on such a large project and I am loving every minute of it. It’s such a change of pace from the usual: sell X to Y-group in Z-space. I feel that this is where ad agencies should be these days, the partner in developing the brand (and possibly the product / app itself) from the very beginning. Ad agencies are like hyper consumers. We know who to call to execute anything from a mobile app to a roller-coaster for cars event, and we can come up with these ideas. Clients: define your problem, and then get the agency involved early. If you don’t know what your problem is, ask your agency. Tell them what your goal is, we’ll help you.

Who have been some of your most inspirational mentors?

There have been people that I worked for, such as Mark Wnek, who left a permanent impression. People who tutored me in school, like Dave Trott and Paul Arden whose words I still hear in my head. But honestly, it’s the people I worked with along the way who kept me learning, like Rogier Heijning from Lemon Scented Tea, Hans Brouwer from Massive Music, Zwier Veldhoven from They, Evan Brown from Saatchi&Saatchi and Scott Baggett from Bad Assembly. The devil is in the details, and working with people who pay attention to their craft always humbles me as it teaches me new skills too. There are those who don’t bother to listen to their colleagues along the way, you won’t last. Everyone is better than you at something, be humble.

Luke Sullivan has always had time to read my curios mails since the late 90s, for which I am grateful. He taught me that I was right to zig when others zagged, and to not be so damned shy. He used to be a stand-up comedian, and recognized that I hide behind my jokes from the get-go. I’m lucky to have met so many brilliant people. I’m lucky that they have had the time to talk to me.

What is your creative ethos?

I come from a long line of engineers; to me any problem solving is a creative process. I love things that do double-duty like footstools that are also storage. Roger von Oech likes to remind people in not so subtle ways that if you look at the problem from another angle, you’ll see a whole new solution and I follow that to a T. I turn things upside down every day, pick it apart to see how it works and am curious about everything. Even the most mundane brief is helped by a simple reversal of how you look at the problem. What if the problem isn’t a problem? What if it’s an advantage and people just didn’t think of that? Sell the problem as an advantage. Old hat, sure, but these things help when you create campaigns.

What are some of the ‘clever’ creative ideas out there at the moment?

Certain uses of twitter are clever. Like when Hippo used twitter and the users there to restock their product in local shops. Making a catchy song and adorable animation as a PSA is clever, when you sell the song on iTunes as a three minute tune. Kids now sing along to dumb ways to die, reminding themselves not to touch that third rail. Telling people about your phone service feature of having a tune instead of a ringtone when people call you, by launching a popular single with this feature, is a clever way of doing an actual product demonstration. These are unexpected ideas because they aren’t doing what the others are doing, they zig when the others zag. 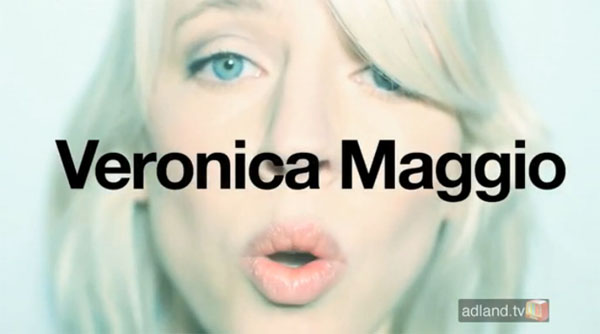 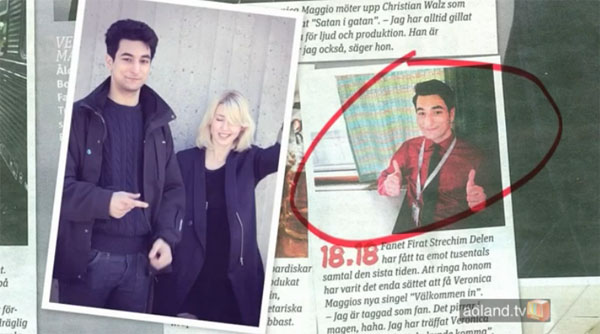 Which brands use social media effectively?

This is sort of a trick question, as both SM and “brands” is so many things. Rackspace “fanatical support” is ridiculously fast at helping you out if you even think of griping on twitter, but that’s not “advertising”, that’s just their brand ethos come to life. I’m more interested in the likes of Red Bull and Rackspace, who are their brands in any media. Oreo did a great job last year in bringing old school advertising campaign to realtime social media, which they should have kudos for too. So many people have later failed with realtime advertising since then, as they don’t have a campaign. Please stop trying to marry your toilet cleaner brand to Sharknando when it trends. Pretty please.

What advice do you have for young creatives starting out in the business?

You are not god’s gift to advertising. Everyone in the room knows something you don’t. If you keep an open mind, you will learn from them and be better at your job. Don’t argue with people who are giving you advice. Decide which advice to take, sure, but listen first. You might be wrong, for once. I realize someone told me this when I was starting out too. Cocky adkids are churned out from every ad school every semester. They burn out fast.

Which campaign(s) are you most proud of and why?

I hate to be this guy, really, but the project I am working on now is making me tingle in all sorts of ways. It’s much better than anything I have done before. But I am also very proud of Adland.tv. I was the first regular advertising blog that collected work for people to discuss on the web. It collected videos already in the 90s, and gossiped like Teabaggers did. It allowed people to post gossip, like Slashdot did. It allowed me to go on long editorials about where advertising was heading, to an audience that listened. It had live video feed from cellphones in Cannes, it has the largest super bowl commercials collection, it is a daily dose of snark. It needs to evolve again, as professionally funded sites have caught up and then some, but I have made a mark with no funding at all and I am not shy of being proud of that. There are kids graduating ad schools today, who were toddlers when I started. I get a star for stamina, right?

I have a laptop. It’s famously dirty. (just ask Stephen Martincic). Whenever it’s open, wherever I open it, that’s my workspace. I also carry a box of colored pencils and a kick-ass thick black book with great paper around with me at all times. Sketching helps me think. That black marker on a regular pad? Try watercolor on rough paper someday, it actually changes how you think. Switch it up.