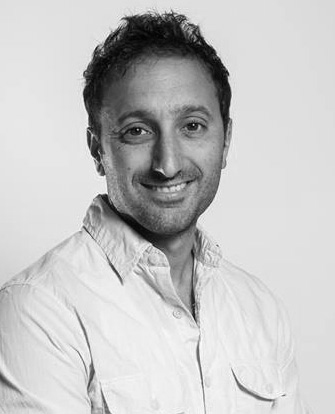 Walk us through your background in the advertising industry and share a few career highlights with us.

I started in Accounting, of all departments, at TBWA\Chiat\Day New York. It was my chance to get in the door, so I jumped on it… though it was probably the worst job in the agency. My job was to pay the overhead bills. The highlight was handing Jay Chiat his weekly $1,000 petty cash. After a short stint in Accounting, I had the urge to make the stuff everyone applauded at the agency meetings, so I joined Production and started in traffic, talent and business affairs. Later, I spent a little time as an editor and producer at D’Arcy and at Doremus. My producing venture kicked into high gear when I started at TBWA\Chiat\Day San Francisco. I owe Jennifer Golub a lot, for believing in me (despite my crappy reel; I suspect she never watched it) and bringing me to San Francisco to work on adidas and run FOX Sports. She drilled me into the ground and I loved every minute of it. I produced about 30 to 35 spots, an adidas soccer television series and tons of Web content in just two years. But when my wife got pregnant, it was time to come back home to NY. So when Bruce Wellington called from BBH, we made the move. After a couple of fun years on AXE productions, I thought I was ready to manage a department. I practiced first at JWT, and then moved to Deutsch. So I’ve hopped around a bit, but love it here and plan to stay put for a while. Dabbling in nearly every role within the Production department really helped me see and understand  the full scope of production.

What does your role as EVP, Director of Integrated Production for Deutsch NY broadly entail?

First and foremost, my job is to elevate the work, to be an extension of the Creative department. I oversee a group of about 30 talented creative producers, on all production at the agency ¬z –content, digital and art.  I ’m a big fan of working in an integrated fashion – whether it be one producer learning to work across all disciplines,  or two or three producers working as a team to achieve a common goal.

How is the art production department at Deutsch structured and how do you see it evolving over the next few years?

Our director of Art Production,  Sheri Rosenberg,  is wonderful. She grew up at Crispin Porter, and manages a group of art producers (formerly art buyers).  What strikes me about the best art producers I’ve worked with are that they all have impeccable taste,  and Sheri is no exception. Much of the skill set is the same between content and art production, so the traditional art producers are now producing video content, animation, and television spots.  It’s an exciting time for them. With their knowledge and talent, set builds, lighting and fabrication, plus their keen eye and ability to recognize beautiful imagery, it’s a great time for art producers to segue into the experiential and event production world.

Tell us about the MilkPEP Super Bowl campaign.

This one was a lot of fun. Josh Litwhiler produced it and did a kick-ass job. Working with Peter Berg was the opposite of what I thought it would be. I was expecting the “Hollywood director” treatment,  but he couldn’t have been more collaborative. And, of course, he knows just how to wrangle a huge, chaotic set. Dwayne Johnson was a giant teddy bear. Probably the friendliest and warmest celebrity I’ve ever worked with.  I still can’t believe we put a live lion on a car’s roof with senior citizens inside. Add a circus accident with rhinos, lions and giraffes on the loose, and an alien attack, and you’ve got a fun shoot.

What are some of the challenges associated with creating and offering an integrated production department for clients?

You want to make sure you have a diverse skill set on hand. Everybody doesn’t have to be an expert on everything, but they have to help each other out and share resources, knowledge and experience. I believe we have that department at Deutsch. We solve problems together. We still believe it’s crucial to assign specialists in certain areas, so we’ll usually have a digital producer, art producer, content producer and print producer, all working on the same campaign. But we also create opportunities to have one producer play two or three different roles. So while integration is important, you have to tread lightly.

How difficult is it to master the creation of a truly integrated campaign?

We strive to employ a sharing, egoless style at Deutsch so the focus is on the greater good of the project, not just one’s individual task. There’s no shortage of challenges when you’re sharing budgets, internal and external resources, equipment, talent, etc., as we often are. But once you have a true united force with one voice, it’s much easier to succeed, and I’ve found that the result is much more rewarding.

Can you give us an insight into the production story behind one of your most high profile and successful creative campaigns?

I’d say the most high-profile campaign I ever worked on was the“Yes,  Virginia” animated holiday special in 2010 for Macy’s, while I was at JWT. CBS has picked it up every year since. To be part of something that (hopefully) will last for decades to come, much like Charlie Brown or Rudolph, was a unique and really special experience.  And to leave a mark on something that my children look forward to watching every holiday season (dozens of times!)…well, you can’t beat that.

What has been your most thought-provoking client brief to date?

From DIRECTV for their NFL Sunday Ticket package: “We have Peyton and Eli Manning for one shoot day in NY next month, what can we do?  Oh, and you can’t talk about the NFL, because there’s a lockout.”

Given the opportunity, how would you like to push the boundaries for one of your favourite brands?

It’s inspiring when clients understand the value of tapping into pop culture and doing something bigger than traditional advertising.  The work we created for GoDaddy this past Super Bowl did just that. It requires a brave client (and it didn’t hurt to have a sexy girl and a nerd along for the ride).

The “King video game” for Burger King, “Yes, Virginia” holiday special, “Australian Metro Dumb Ways to Die,” “DirecTV Football Cops,” “Clouds Over Cuba” for the JFK Library, “Chalk Bot” for Nike, and “AXE Game Killers,” are just a few examples of the many brands that have taken advantage of this opportunity.

What advice would you give a young creative person coming into the business today?

Put your head down, listen, ask a lot of questions, be curious, take calculated risks and listen to your boss.  And remember, you’re not a big shot, yet.