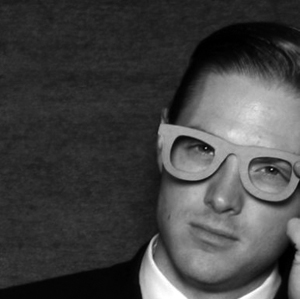 I came out of Graduate School in SF. Originally from Seattle; I attended Washington State University and was told to go to portfolio school by Alum Guy Seese who had become a successful Creative Director. He said the alternative was mowing the lawn of a local CD to pass them your book (which he had done) and he didn’t recommend it. Needles to say I listened.

After finishing school, an art director buddy and I packed up his Jetta and drove back east to New York. We found an apartment in Greenpoint and then each Freelanced for a couple months. Shortly after, I landed at Digitas and have been enjoying my times ever since.

When I first got to NYC before I started Freelancing, I waited tables in SoHo. A guest once asked me what I liked to do when I wasn’t waiting tables, I said work in the Ad industry and she replied, “At least you’re already used to sweating.” She couldn’t have been more right.

I have always been a guy that works hard and that is certainly the case with my colleagues at Digitas. Everyone puts in their hours and is working toward a single goal. We put premium on smart Creative, and the people who drive our best teams are extremely smart.

Digitas is also a place that allows you to drive your own career. I have made multiple moves within the agency, including mediums and brands and both have helped me round out my skill-set as well as my portfolio.

When have you felt your most creative.

For me it’s always the pitch. There’s no time. No real knowledge of the brand and nothing holding you back. Plus, there’s the motivation that a handful of other agencies are throwing the same bunch of ideas on the wall across town.

It is easy and a lot of times smart, to stop staring at something and look at it with fresh eyes in the morning. During a pitch, there isn’t that luxury, it feels like Game 7 and that is when you push yourself the most because this might be your only chance.

I try to work backwards. Whatever the creative assignment, I imagine the best possible reaction from a consumer and then ideate the different routes and channels that will take them there.

What campaigns have caught your eye lately.

Carol Karaoke from Heineken was a great holiday digital campaign that mixed social voyeurism with people’s innate desire to capitalize on their 15 minutes of fame.

I also really love some of the things that 360i has been doing with Oscar Meyer. Their “Great American Bacon Barter,” took the definition of a boring packaged good and turned it into currency for a cross-country road trip. Nobody on the client side or at the agency could guarantee it would work and that risk is what made it fun to watch.

Finally, I love when branded content knows how to get out of its own way and let the creative elicit an emotional response from the consumer. Volvo’s “Leave The World Behind” video last year about the Swedish House Mafia break-up was one example. The video was well shot, the backdrop was achingly beautiful and it was set to an amazing Lune track. You could knock it for having no obvious tie to the brand, but I appreciated it for just that reason.

Select 3 recent campaigns from your portfolio to share with the audience.

Right now I’m on season-long activation called Off The Court with the NBA and American Express. We profile player’s passions away from basketball and it’s great to meet them in person and to see them open up as people. Everyone knows them as basketball players, but it’s clear want to break out of their “athletic box” and show fans a side of themselves that isn’t on an ESPN bio page. Case in point, when he’s not on the floor, Chris Bosh is a hell of cook. He’s got a real nice kitchen too.

Earlier this year we also debuted the first Tweet-To-Buy platform. American Express buys inventory of products like Xbox’s and Kindles, then discounts them and has flash sales on Twitter. Members who have their card synced to Twitter just Tweet the sale #hashtag and the product is purchased and shipped to their door. It’s shopping in 140 characters.

The last one is small internal campaign that’s not in my portfolio, but one I felt really good about. During Earth Week a friend and I created “5 #Selfies To A Greener Planet.” We asked for folks to showcase their green actions at work (using a mug, taking the stairs, 2-sided printing, etc.) and share it with the agency. Naturally vanity took its course and we cut down on plastic cups, electricity and a ton of toner.

For me, it’s what’s happening outside the industry. Outside influences are where Creatives derive so many ideas about how we can speak to audiences in new ways. Whether it’s new apps and platforms, new music artists and Tumblr stars that become viral sensations, or video makers on Vine and YouTube, real life is where the beginnings of a great idea are almost always found.

Can you give us a few examples of creative excellence.

For me, the truest way to define “Creative Excellence” is longevity. Shops with campaigns that have been around for years and the creative is still as strong as when it first debuted.

W+K’s “This Is SportsCenter” campaign stands out in my mind as a perfect example. One could say that over the course of 15 years that every office cliché would have been hit by now, but every year there’s spot after spot that’s as amazing as the first handful.

Another way of looking at longevity in the digital age is at the product level. Now more than ever the product is the advertising, if it works better than the competition that’s all the marketing you need. To that end, I love my Netflix. It started with sleeves of discs; it realized the move was to a streaming model, then apps, then original series and so on and so forth. Then don’t do a ton of advertising and they don’t need to. They own the market and put their money into innovation rather than marketing, which in turn keeps me as a customer.

The Mercedes-Benz “Invisible Car” stunt was an amazing example of using technology to bring an incredibly simple idea to life. The execution of it was so shocking, some of the older viewers looked like they were going to have a heart attack. You watch these people trying wrap their heads around what they were seeing and at the same time you can just see the message sinking in.

Tell us about your greatest creative challenge to date.

My career because it’s never done. Being an ad creative anywhere is a ton a fun, but it’s also a ton of work and really competitive, especially here in New York.

The biggest challenge is redefining yourself with every promotion. Everything has to be learned on the fly. Just because you can write some snappy lines doesn’t mean you can define a brand’s voice. Just because you reach a senior level doesn’t mean you have what it takes to gain the respect of junior talent, then lead and shape their careers while trying to grow yours.

It’s the real grind, the thing that never lets up. Assignments will always be what they are, but the mental toughness it takes to mold yourself and continue to stay upbeat and driven as the pressure and budgets mount is the true test of your talent and character.